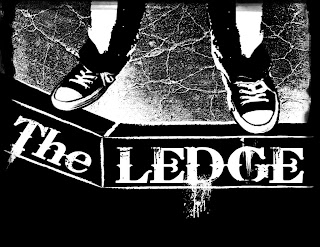 I love Record Store Day, and yesterday was no exception. Inspired by the lengthy list of special releases, I put together a special Sunday show. Download it here or hit the iTunes logo on the left to subscribe.

1. Hold Steady, "The Weekenders" from upcmoing Heaven is Whenever to be released May 3

6. Telekinesis, "Dirty Thing". The single is the band's first release since 2009's self-titled album, and features the new songs "Dirty Thing" b/w "Non-Toxic" and "The Drawback."

9. Male Bonding, "Before Its Gone". Sub Pop album Nothing Hurts comes out May 11.

10. Karen Elson, "The Ghost Who Walks". Elson is the supermodel wife of jack white, whose debut album will be released on May 25.

11. Black Keys, "Tighten Up" From the forthcoming Brothers album scheduled for release On May 18.

12. Hold Steady, "Hurricane J" from Heaven is Whenever.
Email Post
Labels: The Ledge