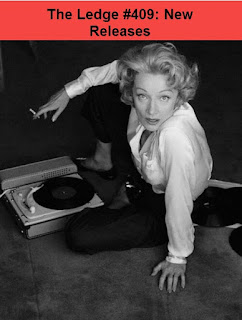 The first show of the new year is also the first Friday of the month, which obviously means it's a new release episode. This month's edition features previews of upcoming 2020 records along with quite a few releases that snuck out in the last few weeks of 2019. There's also a handful of items I missed out on when they originally came out earlier in the year. It's never too late to be added.

This month's edition is highlighted by the returns of some classic bands that haven't issued new music in quite some time. The Hoodoo Gurus have their first single in a few years, The Zeros just released their first new tunes in over two decades, and the four original members of X have not put out new tracks since the mid-80's!

Beyond that, it's a typical mix of brand new bands and returning vets. There's a fabulous Rum Bar Records set. There's power pop, punk, garage, and even an extended covers set.

One track doesn't fit the "new release" criteria, obviously, but I just couldn't resist playing a track by the power pop band 20/20. If they have any smarts this is the year for this band to either reunite or do a massive reissue campaign.