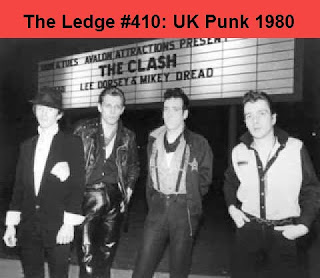 After quite a few shows devoted to 1979 in the last 12 months, it's predictable that this new year will see a similar move with music from 1980. Tonight's is the first of such a show and it's devoted to the UK punk scene. It's in many respects a strange year for punk. A large percentage of the original UK punk acts had broken up, and few new bands were replacing them in the charts. The music had gone back underground, which led to a new, louder sound that's represented by a few of the tracks on this show.

But there were still a few of the old faves hanging around, although their sound was clearly moving beyond what initially made them famous. Three of those acts (The Undertones, The Jam, The Clash) are represented by an in-depth look at their 1980 album releases. The Clash in particular completely threw away the rulebook with their landmark album, Sandinista, which not only included the usual bangers but also had high doses of funk, dub, and other R&B.