I haven't posted any music in quite some time, so here's a few new things:

1. Son Volt's new album, Okemeh and the Melody of Riot, 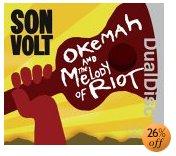 comes out next Tuesday. While it's a new lineup behind Jay Farrar, the band's sound has changed little since the original run in the mid-80's. "Afterglow 61 (Radio Mix)" is the first single off the new album, which will be released in the Dualdisc format.

2. Laura Cantrell is a busy person. 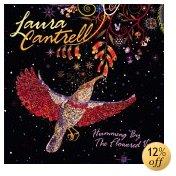 Besides a day job at one of New York's largest banks, she also had a widely acclaimed radio show and periodically performed in local coffee shops. After two hard-to-find releases on European labels, she's been signed to Matador Records for Humming By the Flowered Vine. "Letters" is an unreleased Lucinda Williams tune, and is perfect for Cantrell's vocal style. 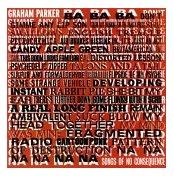 3. While Graham Parker never really went away, his profile has certainly been much lower in recent years. Last year, he signed to Bloodshot Records and released the country-influenced Your Country. A few weeks ago, he released Songs of No Consequence, an album that harkens back to the great days of the Rumour. Chicago power-poppers the Figgs ably back him on this contentious, sarcastic album, highlighted by "There's Nothing on the Radio".

4. I know absolutely nothing about the Blue Van; hell, I just bought it on a whim. If I would have to categorize their sound, however, it would have to be a rocked-up version of 80's faves, the Lyres, particularly on "I Remember the Days".
Email Post