Ohio Moralists Are Not Needed in South Dakota 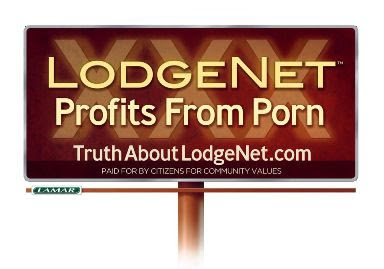 One thing I’ve never understood is the concept of pay-per-view movies. Why spend five or six bucks (or whatever it is) on a movie that’s either out on DVD or will be soon? Even spending cash on sporting events seems silly. I learned my lesson almost 20 years ago when a $20 MikeTyson fight ended in less than a minute…all of which I spent in the kitchen making a whiskey-Coke. (Plus, boxing matches always end up on HBO or Showtime a week later.)
Ok, over the years I have purchased a few WWE and WCW pay-per-views, but that’s a personal problem. Seriously, though, at least you always get what you pay for from one of these events. If you’re paying for a three-hour show, you’re going to get the full amount of time. You never end up missing anything due to just being thirsty.
But I’m going a bit off-point here. I’m here today to talk about the pay-per-view selections at hotels. When I travel, I love to stay at hotels but have never rented a movie. Why would I? That’s what my computer and Ipods are for. Plus, the movie selection is always a bit too geared to the Tom Cruise/Julia Roberts crowd. I have no desire to watch the latest computer-generated blockbuster three months after they were at the theaters.
Yet I inevitably scan the selections, particularly the so-called “adult” section. For the most part, even those selections are a bit too “safe”. They’re generally just a little bit harder than what you see on Skinemax or Showtime. Hell, Showtime’s recent reality show on the remake of Debbie Does Dallas shows more than what these selections appear to allow you to see.
However, I realize that certain hotel chains may offer selections a bit more risqué than I’ve seen offered. I don’t think there are too many companies that give you this option, and I would bet that those that do are not nightspots that are geared to families. Even if they do, those people that are concerned about what they call “filth” have every opportunity to have these options blocked from their room.
One of the major players in distributing entertainment of all types to hotel is located right here in Sioux Falls. Lodgenet is the provider of over 9,000 hotels around the world, and also provide internet connections to 175,000 hotel rooms. More importantly, they have been good to this city by employing over 1500 people. I know a number of employees who absolutely love their job.
Yet once again, outsiders have decided to infiltrate our city to tell us what we should think about this fine company. The Ohio-placed Citizens for Community Values put up a sign on Minnesota Avenue a few weeks ago that said “Lodgenet Promotes Pornography”, and on Thursday they will be teaming up with the always self-serving South Dakota Family Policy Council for a news conference to promote a competing company that doesn’t air any racy material. I would bet that it’s not just so-called porn that’s not allowed, as any organization that aligns itself with these nutjobs is against anything that’s dirtier than that awful CW show about the preacher and his bazillion kids.
What bothers me is the false proof these organizations use. In an interview that aired on the local news this past week, South Dakota Family Policy Council spokesman Chris Hupke used the same tired clichés we hear over and over. “It has an extreme effect on individuals”, he said, “desensitizing them and affecting relationally how they deal with spouses, how they deal with children, offspring.”
Say what? That’s the biggest crock of shit I’ve ever heard. Just like I stated during the debate a few weeks ago about the toy store in Tea, sexually explicit materials shared by consenting adults can have a positive impact on a couple’s sex life. I’m sorry, but watching an occasional nudie flick has never had an affect on how I look at or treat women.
And let’s get one other lie out in the open. In at least one of the stories that aired, it was stated by the reporter that for an adult title to pass First Amendment standards there has to be any sort of plotline. That’s not the case. The Supreme Court has ruled that the law is what’s vaguely termed “local standards”, and it’s because of this ruling that porn companies cannot distribute their materials to a handful of states. If the plot rule was indeed true, every porn company and video store would be busted for what’s erroneously called “amateur” porn. Plus, given the current state of pop culture, I would have every theater that shows Lindsay Lohan movies arrested for the no plot rule.
Look, if adult material is not your type of thing don’t watch it. You have every right to personally boycott any company that you wish for any reason. I boycott companies just because I hate their commercials. But how dare anybody tell me what I can’t enjoy in the privacy of my home, and I particularly have no interest in the opinions of people who don’t even live here. There’s also no doubt in my mind that these people will never be happy. Give them this victory, and they’ll move on to HBO, R-rated movies, video games, and the boogeymen that kept them in business for the last 50 years, rock ‘n’ roll. I will never give up Taylor Rain, Teagan Presley…or the Stooges and Sex Pistols.
Email Post

Anonymous said…
The only thing these people are interested in is controlling your life so they can take your money. I have dealt with these people on several occasions and they are the most immoral corrupt individuals I have ever met. They are more like the Bakers and surely not true Christians. If these radical groups are concerned about “Desensitizing”, maybe they should do something about the Iraq war. I don’t know anyone who has not become desensitized regarding this ongoing debacle.
10:50 AM

Anonymous said…
I agree with the comment that these people will never be happy. I don't understand why they feel the need to fixate on something that they don't need to see if they don't want to. There are many more important issues going on in the world that they should be fighting for. I'm tired of people thinking they know what's best for everyone else.
5:55 PM

Anonymous said…
Hey I agree with your comments and abhor censorship ... just wanted to make a point of clarification ... LodgeNet, which is a major SF employer, has just over 500 employees, not 1500.
8:56 AM