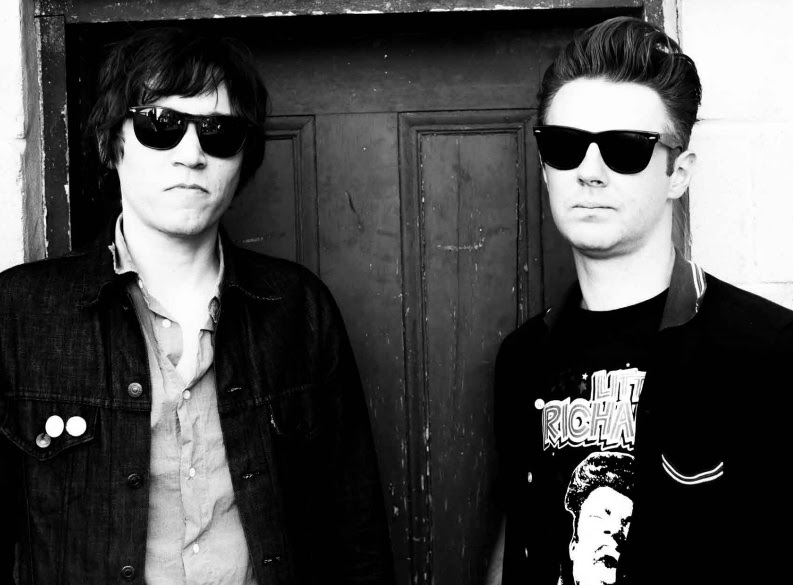 Every year around this time, I spend hours and hours sitting on my floor surrounded by the new music purchases of the year. After hours and hours...well, actually days and days, I finally come up with my critic's poll for the year.
This year was tough for many reasons. First of all, there was an extraordinary number of fabulous records that came out this year. At one point, my notes contained almost 90 albums under consideration. More days were spent knocking it down to the necessary 40, although I was sad to cut quite a few of these albums.
But there also was a problem of the opposite type. Despite the wealth of music, there was nothing that truly stood out as THE greatest record of the year. Again, I agonized over this for oh so long, before finally picking the record I played the most in the weeks after its release. Now that the choice is made, I'm completely comfortable with this pick.
Please use this episode to help make some music purchases. The more records that sell, the more artists will get a chance. Grab this through iTunes, stream it via Stitcher, or

Here's the list of best albums, along with the tracks played from them. As I did the Casey Kasem method, the countdown was in reverse, meaning that number 40 was the first track played. Also, there's an error at the end of the show where I reversed the #3 and #4 records.

40. Mike Krol, "Left Out (ATTN: SoCal Garage Rockers)" from Turkey
39. Wreckless Eric, "Boy Band" from amERICa
38. Supersuckers, "I Can't Cry" (feat. Lydia Loveless) from Holdin' the Bag
37. Low Cut Connie, "Shake It Little Tina" from Hi Honey
36. Dog Party, "Peanut Butter Dream" from Vol. 4
35. Fidlar, "Stupid Decisions" from Too
34. Peacers, "Laze It" from Peacers
33. Swervedriver, "For a Day Like Tomorrow" from I Wasn't Born to Lose You
32. Sam Cohen, "Let The Mountain Come To You" from Cool It
31. The King Khan & BBQ Show, "Illuminations" from Bad News Boys
30. Tenement, "Crop Circle Nation" from Predatory Headlights
29. Childbirth, "Nasty Grrls" from Women's Rights
28. Swami John Reis and the Blind Shake, "Kooks On The Face" from Modern Surf Classics
27. Jason Isbell, "24 Frames" from Something More Than Free
26. Dead Ghosts, "Its Up To You" from Love And Death And All The Rest
25. Weed, "Stay in the Summer" from Running Back
24. John Moreland, "Heart's Too Heavy" from High on Tulsa Heat
23. Leon Bridges, "Coming Home" from Coming Home
22. Thee Oh Sees, "Web Mutilator" from Defeated at Last
21. Jesse Malin, "Oh Sheena" from New York Before the War
20. Jaill, "Just a Lovely Day" from Brain Cream
19. wimps, "Dump" from Suitcase
18. Kurt Vile, "Pretty Pimpin" from b'lieve i'm goin down...
17. Colleen Green, "TV" from I Want to Grow Up
16. Keith Richards, "Trouble" from Crosseyed Heart
15. Bob Dylan, "I'm a Fool To Want You" from Shadows in the Night
14. The Sonics, "Bad Betty" from This Is the Sonics
13. White Reaper, "Make Me Wanna Die" from White Reaper Does It Again
12. Wavves, "Heavy Metal Detox" from V
11. Mikal Cronin, "Made My Mind Up" from MCIII
10. Beach Slang, "Bad Art & Weirdo Ideas" from The Things We Do To Find People Who Feel Like Us
9. Hop Along, "The Knock" from Painted Shut
8. Michael Rault, "All Alone (On My Own)" from Living Daylight
7. Titus Andronicus, "Fatal Flaw" from The Most Lamentable Tragedy
6. Wilco, "Random Name Generator" from Star Wars
5. Warm Soda, "I Wanna Know Her" from Symbolic Dream
3. JD McPherson, "Let the Good Times Roll" from Let the Good Times Roll
4. Sleater Kinney, "No Cities To Love" No Cities To Love  (Note: The #3 and #4 tracks were played in wrong order)
2. Courtney Barnett, "Pedestrian at Best" from Sometimes I Sit And Think, And Sometimes I Just Sit
1. Pow Wows, "Car Cemetery" from Broken Curses

Dean Mattson said…
Sorry I'm a little late to the party, I just discovered your show. I enjoyed your "Best of 2015" list quite a bit and made a few new discoveries ("Crop Circle Nation," "All Alone (On My Own)" and "Let the Good Times Roll").

I've also been enjoying your coverage of the Sioux Falls music and entertainment scene. In fact, I was at that same Jason Isbell/John Moreland show in July as I was making my way from my parent's home in northern Minnesota to where I now live in west Texas. Hopefully, there'll be another good show to see there this summer and give me an excuse to get off the road for a few hours.

If you have a Spotify account and are interested, here's a Best of 2015 playlist I made - https://open.spotify.com/user/deanma/playlist/6QOcsIT3Nuw37L44t34gS1

In any event, keep up the good work. Thanks for sharing your musical discoveries!