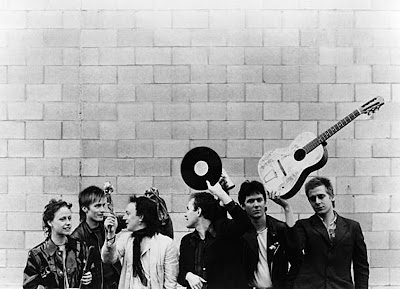 The series devoted to 1978 continues tonight, and the focus is on fantastic tracks from the UK. Given that many of the classics from that year (Clash, Jam, etc.) were already aired on previous shows with that theme, most of the tunes from tonight are pretty obscure. Some of these bands only recorded the track you hear on this show.

But there are also quite a few bands that should be familiar to anybody who follows the music of that era. Groups such as the Mekons, The Members, Chelsea, The Rich Kids, Television Personalities, and The Nips are just a few of those types of bands, and there are also early tracks by Adam & The Ants and Tubeway Army.

It's quite an intriguing listen, and hopefully everybody discovers a track or two they've never heard before! You can find this show at almost any podcast site, including iTunes and Stitcher. Or...