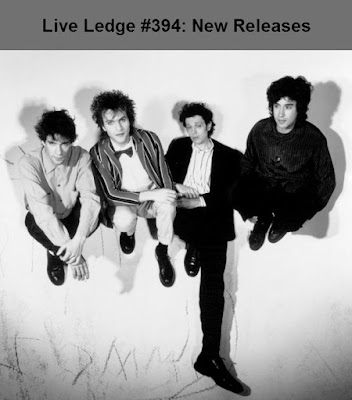 I'm here tonight to officially designate September of 2019 "Dead Man's Pop" month. Even though the box set containing four discs of previously unreleased Replacements material won't be out until the end of the month it's certainly going to be the focus of my life.
Unfortunately, not much has leaked out so far to air on the new release episode, but just today the live version of "Alex Chilton" showed up on various music sites. Yep, I'm ready for the whole package. But that's only the first five minutes of this month's collection of new tunes. There are tracks from longtime faves such as Matthew Ryan, The Hold Steady, Jesse Malin, Redd Kross and so much more. There's the return of 80's faves Dogmatics. There's new bands such as Les Grys-Grys, The Gotham Rockets, and so many others. There's something here for every fan of garage rock, power pop, or punk-influenced rock and roll!
After listening, please go purchase those tracks you enjoy! You can find this show at almost any podcast site, including iTunes and Stitcher...or