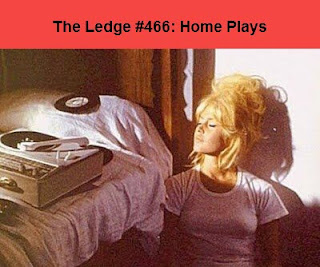 I have to admit that I get too hung up on themes. Obviously, the new release episode is always going to be a part of the lineup, but I really don't have to create a basis for my weekly music choices. I actually wish that I could think in terms of just randomly airing songs that fir my mood for the day.

This week I actually attempt such a show, but there's still sort of a theme. These are all records that I've been listening to in my spare time. One is a newly-unearthed Rolling Stones bootleg. There's tracks from a great compilation of late 60's rockers from The Dakotas. There's a new Neil Young live album from his vast archives.

But the freedom of this loose theme is that I did throw in some songs that I have never aired before. That Soiuxsie and the Banshees album that I happened to grab at the record store a few weeks ago? Sure, why not. The Lloyd Cole track from the box set I ordered directly from Lloyd? Yep. A great 2018 album by The Conquerors that my friend Dan recommended? Of course. And I just had to air a couple of Bottle Rockets tunes after the announcement of their breakup. Of course, there's also some more recent records that have received some recent airplay, and there's always room for some live Replacements!

After listening, please go purchase those tracks you enjoy! These great artists deserve to be compensated for their hard work, and every purchase surely helps not only pay their bills but fund their next set of wonderful songs. And if you buy these records directly from the artist or label, please let them know you heard these tunes on The Ledge! Let them know who is giving them promotion! You can find this show at almost any podcast site, including iTunes and Stitcher...or

2. The Rolling Stones, It's Only Rock'N'Roll (But I Like It)

5. The Misunderstood, Children Of The Sun (IBC Acetate 1)

7. The Tracers, She Said Yeah

9. Dale Gregory & The Shouters, Did Ya Need To Know?

10. The Trenchmen, Travel With Me

13. The Neighborhoods, Pure And Easy

15. The Fall, Jawbone and The Air Rifle

16. Buzzcocks, Harmony In My Head

24. Siouxsie and the Banshees, Premature Burial

26. Richard Hell & The Voidoids, The Kid with the Replaceable Head

29. Local Drag, Thought You Could

31. The Replacements, Color Me Impressed

33. The Replacements, Hitchin' a Ride

35. Tommy And The Rockets, Heart of the City