Twenty Years Ago, the 'Mats Came to Town 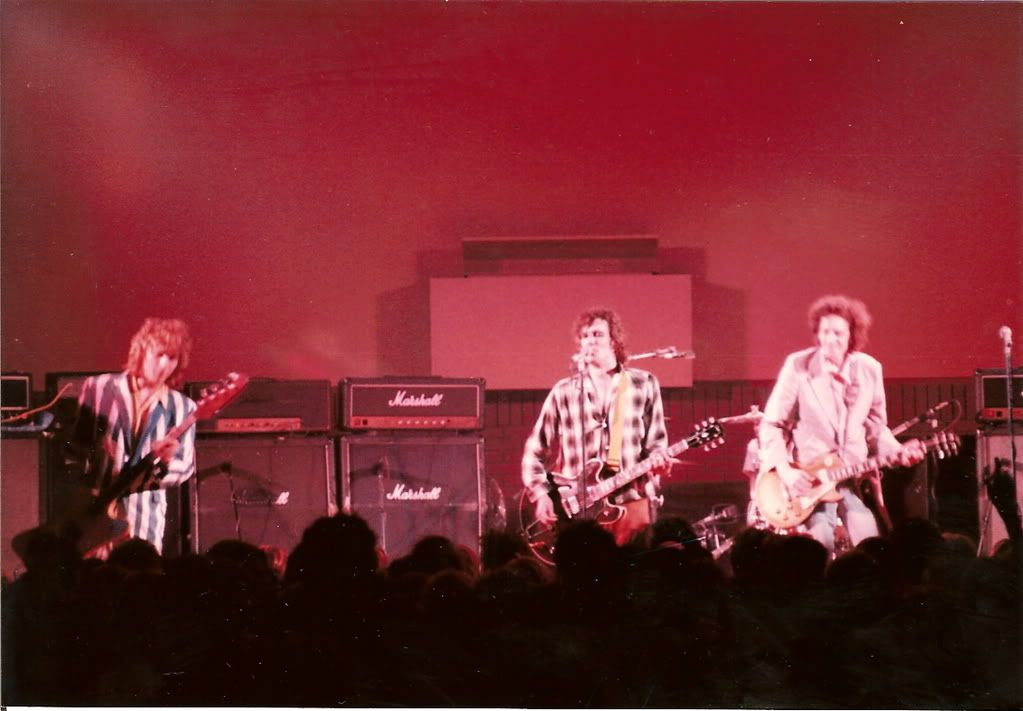 Every music fanatic has a dream of bringing their favorite band to their city. In fact, that’s the reason most concert promoters enter the profession.
Twenty years ago this month, I actually got to live out this dream. For one night only, I was a concert promoter. Well, to be honest I was an investor in a show. Don’t ruin my fantasy!
The story actually begins a few months before the actual show. I don’t recall the exact details, but I’m sure that in a drunken state I told then-fledgling promoter John Steever that if he ever got a chance to book the Replacements I’d do anything to help.
Imagine my surprise when John called me with the news that my favorite band of all time had an open date midway through their Pleased to Meet Me Tour! For a thousand bucks I could have a 25% stake in the show. I immediately called my buddy Pat and borrowed the funds.
Even with the necessary cash, the show was still not a done deal. There was still the matter of a facility to host the show. There weren’t a lot of options back then, and those that could hold a 1000 or so people didn’t have a lot of interest in a so-called “punk” band with a reputation for alcohol consumption.
It didn’t help that the old school building managers of that era were quite lazy. The facility that Steever had deemed appropriate for the show, the Sioux Falls Coliseum, wasn’t crazy about the idea of renting to us because it would be “too much work” to clean up after a flea market which was set to conclude two days before the planned show. Yeah, right.
The situation was quickly resolved, and the show was finally officially set. Now the real work of promotion began. Keep in mind that there was no internet back then, so the current method of utilizing MySpace and music blogs were not available. Even worse, even the traditional media had little interest in a band that wasn’t a household name. The daily paper rarely covered any music that wasn’t at the Arena or Sioux Empire Fair, and commercial radio obviously weren’t playing the band’s music. (KDLT did send a news crew to interview the band, but I believe the piece didn’t air until after the show had concluded.)
Since I had been music director of Augustana’s KAUR just two year’s earlier, and was still doing a weekly show, we did have that outlet to promote the show. Otherwise, flyers were our main source of promotion, and we spent a day hanging up posters at what seemed like every retailer in a 60-mile radius of Sioux Falls.
Finally, the day of the show arrived. The day began with a run around town to pick up the items in the band’s “rider”, a portion of the concert contract that listed items the bands “needed” to have backstage. Basically, that meant food, drinks, towels, and…uh, socks. 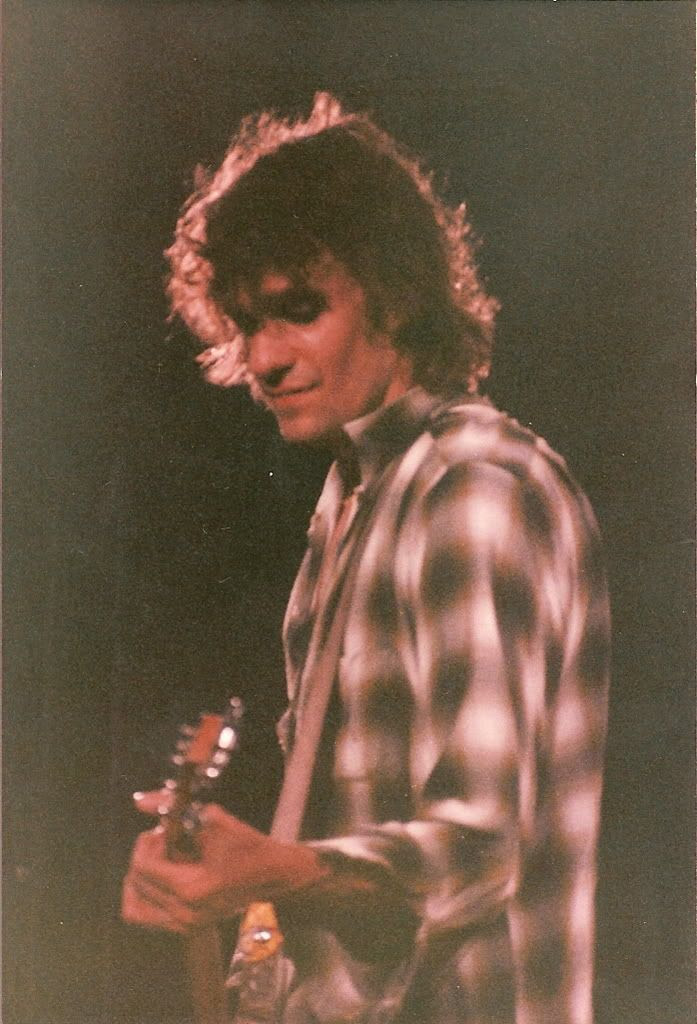 Since the Coliseum didn’t have a room that could be reasonably called a dressing room, we had rented a mobile home for the band to use. A couple of hours before the show, the road manager alerted me that the band needed more ice. No problem! I knocked on the mobile home door and was surprised to see local legend Greg “Zap” McDonald serenading the band with a medley of Gap Band songs.
So there were my heroes. Paul Westerberg and Tommy Stinson were sitting on one of the mini-couches, singing along with Zap. Across from them was Chris Mars, who couldn’t stop laughing. Somehow sprawled out across the cramped back bunk was the 6’ 6” frame of guitarist Slim Dunlap. I fixed myself a drink and never left the camper until the band’s set was due to begin.
There was one incident that needed to be tended to, however. During the opening act, a portion of the barricade had collapsed, and despite some last-minute repairs was still unsteady. My solution was to put one of our security guys at that spot between the barricade and the stage, but was told in all seriousness that Stinson would “kick him in the head”. Tommy said he’d be cool with me standing there, though. You mean I’d have a front row position at my own show? Of course I volunteered.
It was finally time for the show, but right before the band stepped onstage Tommy realized that something very important was left in the camper. “Will you get that bottle of whiskey?” I grabbed it, walked onstage, and eyeing my friends in the crowd took a big swig before handing it to Tommy. I recall hearing a bit of hooting and hollering from my pals, but it’s more likely that’s how I want to remember the moment.
For the next 90 minutes, I was obviously in heaven as the band tore through seemingly every major song of their career. “Can’t Hardly Wait”, “Little Mascara”, “I Will Dare”, “Bastards of Young” – I couldn’t have imagined a better set. Earlier in the evening, Slim had told me that they need a couple of days off after every third or fourth show as Westerberg had a tendency to shred his vocal cords. I could understand watching him fighting to be heard over the wall of sound the band was generating.
The show seemed to end just minutes after it began, and after a couple of more drinks we all went our separate ways. The next day, Zap surprised me with an envelope of black and white photos he took of the performance. A few days after that, Steever handed me an envelope of my share of the concert’s gross. I made around $700 above my initial grand, but I could have cared less if I had seen a cent of my investment. The experience and memories were more than enough profit. 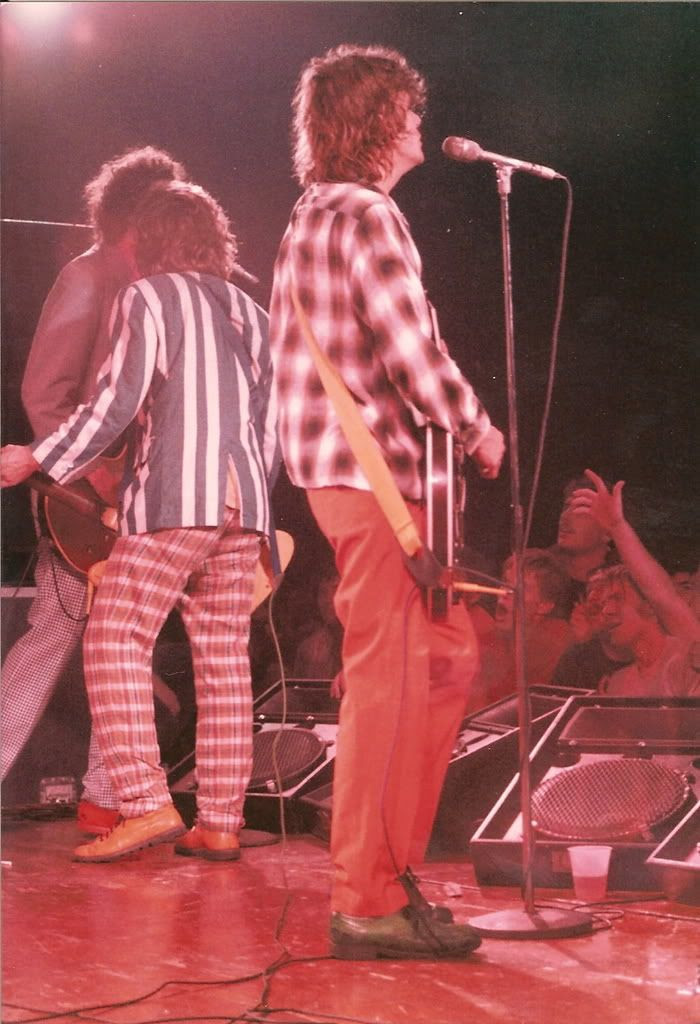 One Wink at a Time said…
WOW Scott, thanks for sharing this. I would have thought I died and went to heaven. You are so my hero!
Just today at a flea market I was looking through like, thousands of cds when there, in front of me was a cd bearing the silly, grinning face of Slim Dunlap. I couldn't believe my eyes. I didn't know that he had recorded anything on his own. And it's not half bad!
I haven't been on your site for quite awhile, sorry to say, and I'm not sure what drew me here at this ungodly hour of 2:30am but I'm glad I did.
Thanks. And the pictures are awesome. Let me know if you decide to put them in your will... ;-)
1:38 AM

By far my favorite thing you've written in Prime.

Scott said…
Thanks for the kind words, Corey and Wink. It was the greatest night of my life.

I scanned the whole package of pics - you can see them at http://s190.photobucket.com/albums/z137/paulisded/Replacements/
9:18 PM

One Wink at a Time said…
Thanks for more pics, Scott.
As a side note, I'm really liking Slim :-) especially one song called "Cooler Then." I wish the whole band had recorded it.
3:37 PM

One Wink at a Time said…
Premature thanks, I just tried the link and it says Page not Available.
3:39 PM

Scott said…
Hmmm, i just tried it again and it worked fine.
4:02 PM

jasonk said…
that is an awesome experience to read about. i wish i could do the same thing for my favorite band RISE AGAINST. they are from chicago and i've tried convincing them to play a show here in SF - beings they do tour extensively around the area. maybe you could give me some advice on how i could persuade them to check out SF.

i always look forward to your morning appearances on the KRRO. i think one of your next topics to "Boot Out Of Town" should be on Backyard Broadcasting. how come you are the only person who comes on the KRRO that gets the "beware" notice prior to your interview/opinion? shouldn't that warning be played for everyone who comes into the studio? you shouldn't be picked on scott!
11:20 AM