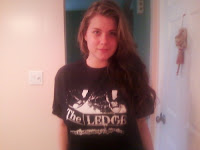 This week's episode celebrates that anniversary with music from 1981. The vast majority of the selections come from releases that were discovered in the massive library at that radio station, but also included are also bands, albums, and songs from that year that has been discovered since then. Besides some mainstream alt-rock hits, the year also was noteworthy for the rise of American hardcore and independent record labels.

You know the drill by now. One can hear the show by subscribing at iTunes, or by tuning into realpunkradio this Friday at 5 pm central time. A direct download can also be found here.

2. The Church, The Unguarded Moment

3. The Psychedelic Furs, I wanna Sleep With You

5. Elvis Costello (with Glen Tilbrook) - From a Whisper to a Scream

6. Elvis Costello, Tonight the Bottle Let Me Down

11. The Vertebrats, Hang On To Your Man

12. The Vertebrats, Diamonds in the Rough

13. The Suburbs, Cigarette in Backwards

14. The Fleshtones, Right Side of a Good Thing

17. The Replacements, Something to Du

19. The Ramones, THe KKK Took My Baby Away

23. Flesh Eaters, See You in the Boneyard

33. The Exploited, I Believe in Anarchy

35. The Wipers, Born With a Curse
Email Post
Labels: The Ledge