Note: For whatever reason this never made my newspaper blog. 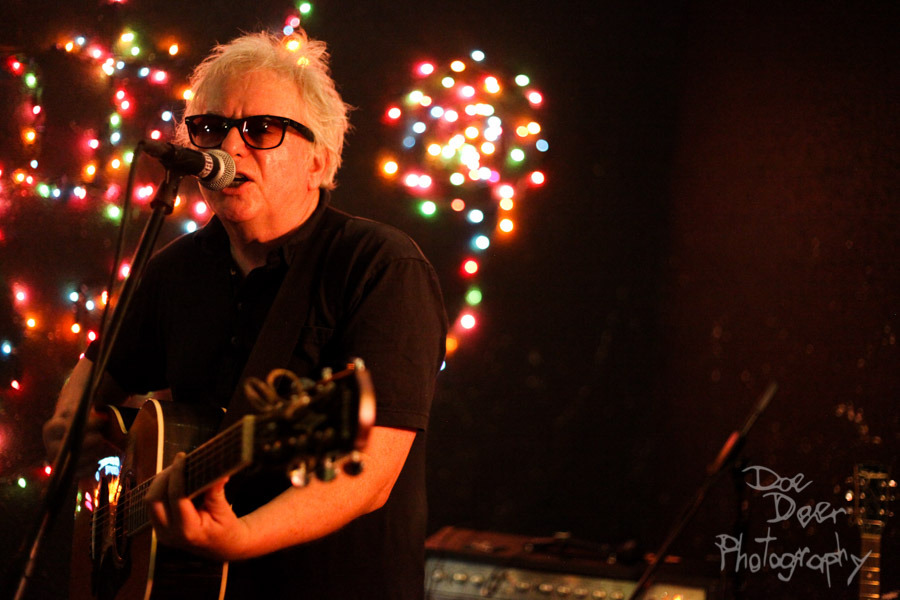 I truly believe that everybody who made it down to Total Drag on June 10th firmly believed the evening was an exercise of nostalgia. Wreckless Eric was playing a solo show at the venue, and we all thought he’d just play a few songs from his new album, “amERICa”, a few classics from his Stiff Records years, and we’d go home after hearing “Whole Wide World”.
Instead it was a night that was completely different. This was not a night of an old rocker going through the motions. It was an evening of pure rock and roll; an evening of performance art with a garage-rock flavor.
When the show began after a set from Rich Show and Mark Romanowski, things didn’t seem to be gelling for Eric. There was a lot of issues with his guitar pedals and effects, or so it seemed. What we didn’t realize is that Eric was attempting to find that sweet spot that was just short of feedback when he was playing “normally”. Eric even advised the audience that we would “understand” what he was doing in just a few minutes.
The setlist was somewhat similar to what I described earlier. There were plenty of songs from the most recent album, and there were a few classics. “Whole Wide World” was indeed played, but it was in the middle of the set.
There was much more than the expected songs, however. Eric pulled out a few tracks from some of his lesser-known albums. Most stunning was one of his last tunes of the evening. “33’s & 45’s” from 2004’s “Bungalow Hi” album could be described as Eric’s “Idiot Wind” as it’s an epic look at a breakup full of hurt feelings.
How did Eric create such a memorable night? It goes back to those opening moments where he was fiddling with his pedals. He found that exact combination of pedals and amps that would play “normally” when he was standing completely still at the microphone but would feedback in certain ways depending on which way he or his guitar moved.
What Eric did with this feedback was nothing short of stunning. It was a combination of Neil Young’s “Ragged Glory” era, Wilco’s “Yankee Hotel Foxtrot”, Lou Reed’s “Metal Machine Music”, and any album in the Sonic Youth catalog. The garage-noise bands of today could learn a thing or two from this man. Almost every song began or ended with layers and layers of different frequencies of noise, some times with Eric on his knees to create the sounds he wanted. More accurately, almost every song ended with these sounds and then blended into the next tune. It was almost like a 90-minute medley of Wreckless Eric’s best songs.
This wall of sound, or noise, was accompanied by Eric’s snarky observations of the record business, politics, lawyers, and Sioux City. He apparently hated his appearance in that city, including the Howard Johnson motel where he stayed. Eric especially hated that the venue he was playing at had the Sirius metal station playing as his warmup music.
Eric loved Sioux Falls, though, and it wasn’t just an attempt to receive an “easy pop”. He was seen around downtown during the day, and he told a few stories about wandering around to Coffea and other establishments. He even joked that he may move to our little city and make a living playing outside various restaurants.
It was a great night, and the majority of us was stunned at what we had just witnessed. Total Drag owner Dan Nissen even posted on Facebook the next day that it was “probably the best set I’ve seen at Total Drag yet”. High praise from the owner of a venue that has at least three shows per week.
Yet I agree. Wreckless Eric is no dinosaur. He’s certainly more than “Whole Wide World”. In fact, he may be even more relevant now than he’s ever been.
Email Post
Labels: wreckle