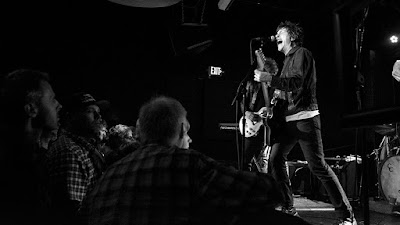 Sometimes the robots don't cooperate as they should.

I was all excited about today's new release episode, as it was the first of 2017. I had so much material to choose from that I was planning on running a little long this week.

So far, 2017 has been a great year for music, as evidenced by the material aired tonight from Bash and Pop, Chuck Prophet, Ty Segall, Mark Sultan, and so much more. I also found a new Mojo Magainze compilation of Kinks covers, which is always a treat.

I was in the midst of playing some new tunes by The Routes when the robots decided otherwise. My broadcasting program froze, and nothing would play. So I had to shut down early, even though I had so many more songs and bands to sample.

We'll get to those left out next week, but in the meantime here's what did make the cut tonight. Grab it via iTunes or Stitcher, or...