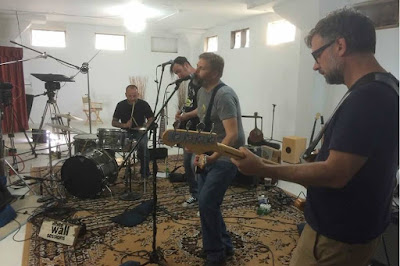 1997 was a pretty great year for music, especially if you're a fan of alt-country music. The Jayhawks, Son Volt, Steve Earle, Whiskeytown, and so many others made quintessential "Americana" rock and roll during this great year.

Personally, it was also a fabulous year for local music. Our music scene was thriving, although there were indications that things may be about to change. Many bands were breaking up, and attendance was starting to dissipate as the "normals" began to migrate back to godawful dance clubs.

Yet it didn't stop my favorite local band, Violet, from putting out a behemoth of a record. Stockpiling songs over the years, Rich Show pretty much recorded everything that culminated in a triple disc set of songs. Somehow, this epic release had very few disposable tracks, and this fan went back in time during the four tracks played from that record, "The Soundtrack of a Man Who Will Never Amount to Anything".

As always, head to Stitcher or iTunes to nab this, or...