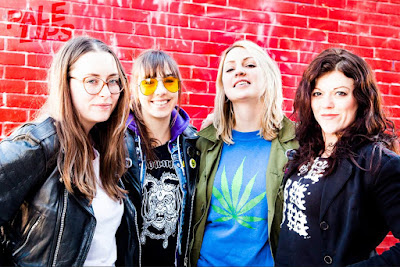 First off, apologies for missing last week's show. Due to scheduling issues, we had to record our Big Brother podcast during this time frame.

Don't worry, though. This week's "New Release" show is the same show I would have aired last week. Nothing I've acquired since February 1 has been added to the queue. There's a lot of great new music, including new records by Bob Mould, Guided By Voices, Pale Lips, Ex-Bats, and so much more. There are reunions by The Beat, The Specials, and The Flesh Eaters. There's also a special tribute to Slovenly Records with a track each from five new singles.


1. Jefferson's Cock (featuring Sadie Masochist), Saturday Night Is The Loneliest Night Of The Week
2. The Beat, Who's Dat Looking
3. The Specials, The Lunatics
4. Rat Boy, NO PEACE NO JUSTICE (feat. Tim Timebomb)
5. Bob Mould, Sunshine Rock
6. Bob Mould, Thirty Dozen Roses
7. The Flesh Eaters, She's Like Heroin to Me
8. Guided by Voices, Transpiring Anathema
9. The Decibels, Hey Emily
10. The Shifters, Photo Op
11. The Sick Rose, Fortune and Fame
12. The Parkinsons, Numb
13. Mike Krol, An Ambulance
14. Blockhouses, Love to Get You High
15. Mozes and the Firstborn, Baldy
16. Cherry Glazerr, That's Not My Real Life
17. Amyl And The Sniffers, Some Mutts (Can't Be Muzzled)
18. Freak Genes, On The TV
19. Take Back, What A Waste
20. Devious Ones, Eyes Off You
21. Valley Lodge, It's Alright
22. Prima Donna, Press Your Luck
23. Powersolo, Backstab
24. Priors, Call for You
25. THE CAVEMEN, Lowlife
26. The Anomalys, Trooper
27. The Raws, Yedi Kuru Dal
28. Pale Lips, Some Sort Of Rock n' Roll
29. Pale Lips, I'm A Witch
30. The Exbats, Everybody Loves My Mom
31. The Exbats, Kill Yr Boyfriend
32. Tiger Bomb, Baby Come On
33. Tiger Bomb, Gimme One More Chance
34. The Reaction, Edge of the Night
35. Singing Lungs, I Wanna Watch TV With You
36. Bad Shadows, Hey Little Girl
37. Hakan, Pita for Breakfast
38. Rank Strangers, Bring Me the Head of Evan Dando