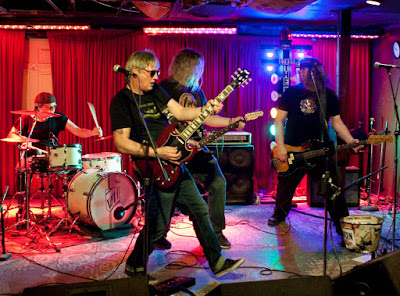 It's interesting how a show that looks like it may be a struggle to compile ends up being overloaded with material. That was the case with this two hour collection of covers. As late as Thursday afternoon I was stuck around the 90 minute mark and I had no idea how to fill that last half hour.

That's when the mail arrived, including a wonderful collection of albums released on Otto Records. Included in that mailing was a record from a Austin, TX band called The Differentials. "Drive On" not only has 10 fabulous rocking originals, there's also a revved up cover of "The Letter" along with a remake of Eddie Spaghetti's "Sleepy Vampire".

And then today found a few new releases featuring some nice reworkings of old songs. The Chocolate Watchband put out their first record in decades. Natalie Sweet's debut solo record included a song that originated with the National Lampoon's Lemmings. Suddenly I was well over the two hour mark of potential tracks to air.