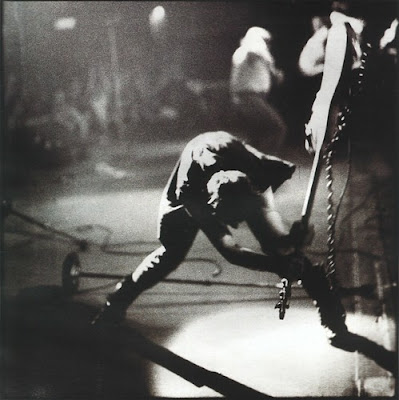 Through the course 2019 there has been a series of shows devoted to looking back at the great music released 40 years ago. Tonight's latest in that series documents the punk singles and albums released in the UK from October to December of that year. These tracks include veteran acts such as The Stranglers, The Damned, and others, along with early releases by The Vapors, Joy Division, Killing Joke and others.
But the centerpiece of this anniversary special celebrates one of the greatest albums of all time. December 14, 1979 saw the release of The Clash's third album, London Calling. There's no denying it's greatness from beginning to end. In fact, it's my second favorite record of all time!
Besides these fabulous UK tunes, the last half hour of the show jumps over the border to some 1979 highlights from Ireland, Sweden, Denmark, Germany, and France. Ok, maybe one of these selections isn't technically from 1979 but I'll take any opportunity to play "Teenage Kicks".
Tonight may end our look at the 1979 UK punk scene, but it's not the end of our series of shows devoted to that great year. Next week's show will feature tunes from all over North America. However, since I have already done a Midwest 1979 show you can expect the vast majority of tracks to come from both of the coasts. Should be a lot of fun!
After listening, please go purchase those tracks you enjoy! You can find this show at almost any podcast site, including iTunes and Stitcher...or