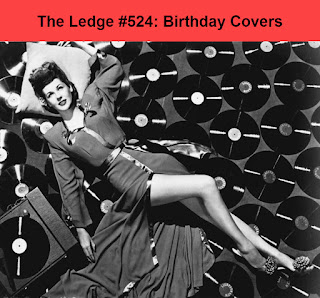 When I read that the 35th anniversary date of the release of the fifth Replacements full-length album, Pleased to Meet Me, fell on a "Ledge" night, it obviously became the focal point for a theme. I decided to celebrate the birthday by recreating the album's track listing with covers of each and every song.

This became a bit of an issue, however, as some songs were missing from my initial search through my archives. And while I inevitably found some of the missing pieces, I still was short two songs just days before tonight's show. Luckily, I was alerted to a message board compilation of Replacements covers that included a track donated by our friend Jeremy Porter. Since this comp also included a version of "Red Red Wine", I quickly contacted him to see if he had the whole release! Well, not only did he have the needed track, he actually played on it! The Regulars were his high school band, and on this cover he played guitar and provided backing vocals! Yes, I was set!

Unfortunately, a few minutes in my show I was informed that June 17, 1987 was not the actual release date for the album. "Trouble Boys" author Bob Mehr tweeted, "Every June 17, I try not to be a killjoy to those celebrating the release of The Replacements' Pleased to Meet Me on this date. But, once again, I must point out that the album actually came out April 27, 1987."

Well, I decided to carry on with the celebration anyway, and also included a set devoted to the demos and outtakes that Tommy Stinson recorded during the album's sessions. If you love his later solo band, Bash and Pop, you'll really dig these rare tracks.

To fill up the rest of the show, I included covers of two other albums that recently saw their 50th birthdays. David Bowie's "The Rise and Fall of Ziggy Stardust and the Spiders From Mars" came out June 16, 1972, and my favorite record of all time, Exile On Main Street by the Rolling Stones, came out on May 26, 1972. It's a fun, varied show that should appeal to fans of all three of these legendary records.

1. The Get Up Kids, Beer For Breakfast

8. The Cheap Cassettes, Valentine (Live at The Sunset Tavern)

15. The Replacements, Make This Your Home

16. The Replacements, Trouble on the Way

19. The Replacements, Even If It's Cheap (Demo)

21. A Bunch Of Jerks, Moonage Daydream

23. The Get Up Kids, Suffragette City

24. Charles De Goal, Hang On To Yourself

27. Louder Than Milk, Rip This Joint

32. The Dirty Truckers, All Down the Line