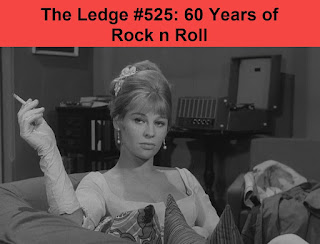 This show ended up being quite different than originally planned. The initial idea was another "odds and ends" show where I aired tracks from some records that I had been playing around the house. I suddenly realized, however, that I've been listening to quite a few compilations in the past few weeks. And that I've been digging into the archives quite often for some of my oldest records.

So tonight actually is an odds and ends show that features 60 years of great rock and roll, from the standard bearer Chuck Berry to the current sounds of Low Rats, a band that bodes well for the future of the genre. Four compilations have feature spots in the show - Louie's Limbo Lounge (Las Vegas Grind, Vol. 2) gathers togehter raw 50's stompers, Back From the Grave Vol. 5 highlights 60s garage bands, Punk 45: There is No Such Thing As Society, Vol. 2 is centered around late 70's UK punk and post-punk, and Du Huskers: The Twin Cities Replay Zen Arcade is a 1993 tribute to the classic Husker Du album.

8. Stop Calling Me Frank, Spider In My Beer

13. Jaguars, Its Gonna Be Alright

29. The Buzzcocks, I Don't Know What To Do With My Life