Save East Side Dave! 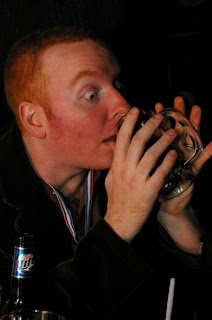 Anonymous said…
yes dave made the show interesting and he is greatly missed.
10:13 PM

Kyle Albanese said…
Really well done sir, everytime I fire up twitter and see the latest Twiteo I nearly well up thinking of that goofy bastard.

Conversely, I try to imagine Dave on a job interview at Costco and nearly shit myself.

The important and real part of this however is that Ron & Fez fans are more then just radio listeners, its always been a family atmosphere. Dave is one of our own now, the last thing I want to imagine is him ending up like Billy Staples or Joe Poo. At least even ole' 5 pumps Dukes has a decent job in the business he loves.

Harold Dufrene said…
Awesome post! I couldn't have said it better!
9:18 AM

Begs said…
Very well put -- I just fired off an email to Jeremy and Steve in support of ESD.
11:09 AM

Nonymous said…
Excellent blog! I think East Side Dave is a comedic genius. I really do. I am missing him so much. He is the only person that can make me laugh even on my worst days. Here's to hoping that this ending is is just a new beginning for his creativity.
12:53 PM

Justin said…
Fantastic post, Scott. I think you encapsulated perfectly how a lot of us feel about Dave, and about Ron & Fez.
7:55 PM

bigshawndatruckr said…
Great Scott! I miss that silly bastard & Ronnie sounds like he's suffering! I thought our millionaire shock jock buddies could save him, but I'm not surprised XM/Sirius is silent. Like O&A have said,"It wasn't a merger, so much as a rape!" I'm totally disappointed with the platform & except for XM202 content I dump them for Pandora,Last.FM or iTunes. Even though it'd save me cash I won't get lifetime service as I expect them to go belly up soon! The stock price tumbles like Obama's poll numbers! I made a contribution to ESD's fund for Matthew & have viewed his Amazon Wishlist. I wish I lived near his Costco! But, I rather hear him on the radio & it sucks that Special D's reruns!
11:50 AM

Anonymous said…
ESD is a genius of performance art.Absolutely. I laughed all the way thru the R and F show. Now i dont, sorry Ron. BRING BACK DAVE.
11:42 AM