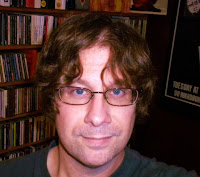 It’s probably no surprise to anybody that my first online activity primarily centered around The Replacements. It was the early-to-mid 90’s; a time of 56k modems and text-based activity. Simple photos took longer to appear on the screen than it now takes to download a typical network sitcom. AOL had yet to appear; let alone community sites such as MySpace or Facebook.
It was on the now-defunct Prodigy network that I discovered a like-minded collection of music nerds that obsessed over The Replacements (along with hundreds of other bands). One of these fine folks was “Barefoot” Jim Connelly, a Fresno, CA native who couldn’t have been more similar to me. Besides loving the ‘mats, he was a bootleg collector who championed most of the same artists that has filled my CD room. He did college radio for years and years; he wrote for local publications. Every year ended with an extensive countdown essay of the best releases of the year. Clearly, we had lots of stuff to debate back then.
Almost twenty years later, we’re both still at it…and the similarities haven’t ceased. Connelly may not be doing three podcasts a week, but he recently inaugurated Medialoper Bebop with other like-minded friends. On this week’s episode of The Ledge, Connelly talks about his new podcast, along with his appearance in Color Me Obsessed, the recent reunion of his favorite local band, and his writings that can be found on medialoper.com.
The show can be found on The Ledge android/iPhone app, or directly download it here.Here’s Connelly’s playlist for this episode:
1.  The Magnolias, One More Reason
2. The Individuals, My Three Sons (Revolve Around the Earth)
3. 28th Day, 25 Pills
4. The Miss Alans, The Shiny Unfeeling
5. Bob Dylan, Cold Irons Bound (Live at Bonnaroo 2004)
6. Joe King Kologbo & His Black Sound, Another Man’s thing
7. The Hold Steady, The Swish
8. Drive-By Truckers, The Living Bubba (Live)
9. that dog, Hawthorne
10. Low, Nothing But Heart
11. The Geraldine Fibbers, Seven Or In 10
12. Public Enemy, Black Steel in the Hour of Chaos
13. Shoes, Not Me
14. The Playmates, Someone to Save
15. The Chant, For You
16. The Cat Heads, Apologize
Email Post
Labels: The Ledge

Matthew Tomich said…
the magnolias!
1:14 AM