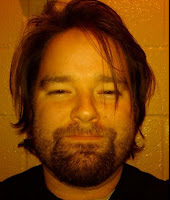 Snark is rarely found in mainstream newspapers these days, particularly in the sports department. Every team is great; every athlete is wonderful (at least until a drug scandal). Sioux Falls is lucky that the local paper has one reporter who is not afraid to speak his mind.

Besides being sarcastic and cantankerous, Matt Zimmer is also a music fanatic. When I saw a tweet from him a few months ago stating his enthusiasm over a hot woman loading a bar's jukebox with Replacements tunes, I decided he HAD to be a Ledge guest. Zimmer's choices jump from genre to genre, and he's probably the ONLY person who can justify the presence of a  Hootie and the Blowfish track.

Along with the music is discussions on local and national sports, including the Twins, Vikings, and the NBA playoffs. Please note, however, that this show was recorded before the death of Twins legend Harmon Killebrew. Neither of us had any idea that his demise would come so quickly.

To hear the show, you can subscribe via iTunes, stream it on The Ledge iPhone/Android app, or download it here.