I’m back!!!
Are you shocked? Did you believe that I had reverted back to my usual laziness and dropped this project? Am I back to settling my skinny ass (one of the few portions of my body that hasn’t become supersized...wait, what?) on my couch to watch terrible reality shows? 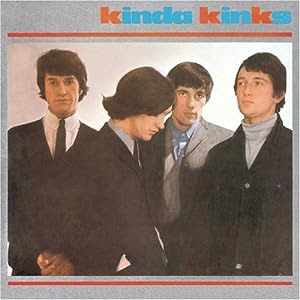 Nope. I had a good reason for taking the past week off. Let’s jump back to Thursday of last week. No, not two days ago. I’m talking the previous week. I woke up that day knowing that there would be no walking as it was actually snowing in our silly little city, and while that snow had pretty much disappeared by the afternoon it was still cold and windy.
Instead, I plopped myself down at the laptop and started to pull tracks for the Live Ledge that was supposed to occur the next night. Being it was Chuck Berry’s birthday on that very day, my plan was to have a night dedicated to covers of the Real King of Rock and Roll.
As I was coming close to filling out the necessary two-hour playlist, I begin to feel a great pain in my back. I wasn’t too concerned, due to back pains that I already documented in this series. Plus, I had similar pains the night before shortly before bedtime. Thinking they’d go away in a couple of hours, I downed some ibuprofens and carried on.
The pain didn’t go away, however. Instead, they got worse and worse. Sitting didn’t help, nor did lying down. All I could really do was pace around the house and hope the ibuprofens would take effect.
Finally, after dealing with actual tears due to the pain, this emotionless creep did the one thing I always hesitate to do - see a doctor. I struggled through the short drive to Acute Care, where I was diagnosed with kidney stones!
For the next three days, I did nothing but lay around the house, falling in and out of consciousness thanks to the wonderful pain meds I was prescribed. Ok, I did attempt to work on Friday, but was forced home shortly after I came in. All I could do was read, sleep, drink water, and watch TV. Magical Mystery Tour actually made sense under these conditions; Honey Boo Boo had added depths of humor and humanity (yes, I was clearly under the influence when I watched that awful show).
At one point on Saturday evening, the pain overcame the meds, and I was back to pacing. Yet nothing that I could see appeared to come of my certain body part, so I didn’t know that this was probably the moment the stones passed.
I returned to the doctor on Monday, and tests showed that this was indeed the case, but I still didn’t feel well enough to get back to my walks. On Wednesday I even had the pain come back. Thankfully, I still had some meds from my first doctor visit.
This leads us up to my return to the streets, but first I must thank all of those who showed concern. It means so much to me that so many people were calling, texting, and direct-messaging me with cheerful thoughts and offers to bring me whatever I needed. It really helped me get through those terrible days.
So today was the first day that I’ve felt somewhat normal, and I felt that I just had to make it out despite the fact that I had an almost full day of errands and other projects. It was a cool day, but almost no wind. As we get closer and closer to November, days like these are bound to greatly decrease.
But what would be today’s soundtrack? “K” is one of those letters where the choices are limited. There are a couple of John Doe albums that I considered, along with Key Lime Pie by Camper Van Beethoven. Ultimately, though, I chose one of the many Kinks albums, Kinda Kinks, that could be found in this section.
Why Kinda Kinks? First off, why not? As they’re one of my favorite bands ever, it’s hard for me to turn down the opportunity to listen to them. It’s also a record that is a bit of a calm before the storm when it comes to the maturity of Ray Davies’ songwriting.
Don’t get me wrong here. I’m not saying that musically the album is “calm”. Far from it. What I am saying is that this is sort of a moment in transition for the band. The Kinks were still a singles band, and it was still unclear whether they would be just another British “beat” band or would find their place next to The Beatles and Stones in the upper echelon of the British invasion.
Being a singles band, little attention was paid on these early albums. Kinda Kinks is their second album, and it is clear that producer Shel Talmy cared little about LP’s. Coupling that element with a tired band that had just returned from touring Asia, and you have an album that could and should have been punchier that what was unleashed on the public in mid-1965.
Don’t get me wrong, though. This is the Kinks, after all, and the album is full of some great moments such as “Come On Now” and “Wonder Where My Baby is Tonight”, but they should have never recorded covers of “Dancing In the Street” or “Naggin’ Woman”.
As for that production issue that I noted earlier, all you have to do is listen to the bonus tracks added to this 2001 reissue. Single and EP releases from that period double the 25 minute original album, and there clearly is more production AND performance care on tracks such as “Who’ll Be the Next in Line” and “Set Me Free” than on anything from the original album.
The good news for this walker is that those classics tacked on to the end of the album actually aided me in my journey. Despite my time away from my walking shoes, I jumped right back on the horse, and those bonus tunes pushed me to make this the longest walk so far. Thanks, Ray and Dave (and the person that compiled this reissue)!
Email Post
Labels: kidney stones kinda kinks kinks walking alphabet