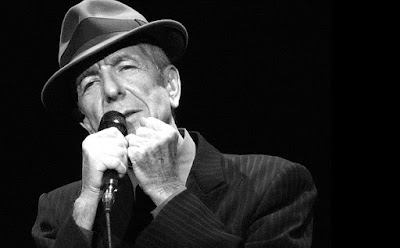 It's interesting how the difference of a day can change a show. After technical issues last week, I had planned on tonight's show being the New Release episode that I had previously put together. Then came the tragic news that Leonard Cohen passed away this week at the age of 82.

This obviously led me to make a few changes. Now the majority of the first hour is a tribute to the great songwriter. Besides a touching cover of "Save the Last Dance For Me" from one of his recent tours, I've included a number of my favorite Cohen covers. There's no "Hallelujah", however, as it's quite frankly the one song I never need to hear again. If I had played that track, it would have been Jeff Buckley's version, as nobody can touch his emotional vocals.

After the Cohen tribute, the show carries on with a good percentage of what I haad planned for last week, along with a few additional new releases such as the return of The Men. The Brooklyn-based band is back with a fury, and is bound to make my end of the year list of favorite albums.

As always, you can grab this on iTunes, Stitcher, or...

KM said…
The Live Ledge is everything! I've discovered so much music that I wouldn't have heard of otherwise. I am becoming completely obsessed with Concrete Blonde after your latest show. Totally obsessed! Spent hours online listening and purchasing and then to my local record store and bought some more. lol
12:17 PM