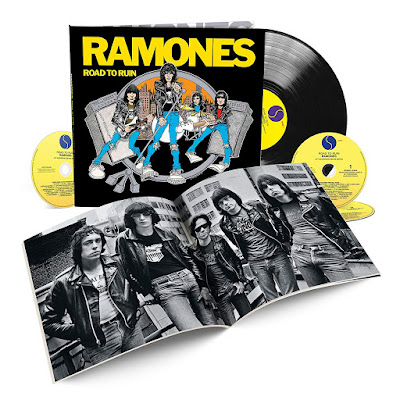 The vast majority of the time Live Ledge has some sort of theme. Once a month it's nothing but new releases, but other shows have some sort of running thread that unites all of the tracks. Some times it's a year; other times it's a label or genre or a topic that collects various songs from all genres.

Every now and then, though, it's just smart to go through the library and pull out 30 or so songs that I just want to hear tonight. That's the case with tonight's show. While the majority of selections are from the last year or two, there's no rhyme or reason for any of the songs other than they are fabulous little rockers.

However, there are a couple of thematic mini-sets. The Buttertones and Wild Wing get a spotlight to preview their September 30 show at Total Drag in Sioux Falls, SD. There's a set devoted to the great Rum Bar Records and a female rock and roll set is set off by two tracks from the Damaged Goods Records label. There's also an interesting A/B comparison of two versions of "I Wanna Be Sedated" from the new Road to Ruin box set by The Ramones. Does the new mix add anything? Is it necessary? Listen to both to find out. (Note: Yes, I called the album Rocket to Russia on the show. I'm a dummy.)

As always, I hope everybody discovers a band or two they've never heard before! You can find this show at almost any podcast site, including iTunes and Stitcher. Or...