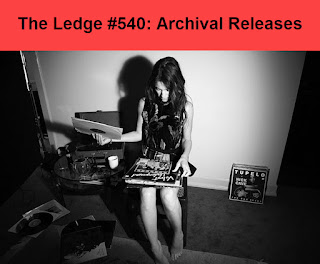 It's no secret that I'm a sucker for box sets and other repackages of previously released material. I may be new release oriented, but I love a good set of odds and ends. Give me those unheard demos. Let me hear those old concerts.

Tonight's show compiles those types of records. There's unreleased material by a forgotten band that were contemporaries of the New York Dolls. There's a new mixes of classic Dead Kennedys songs. There's numerous outtakes by the likes of Wilco and Joe Strummer. And there's also the recently discovered early recordings of future Velvet Underground tunes by Lou Reed. Plus, a ton of live releases from Todd Snider, Pixies, Soul Asylum, and others.

1. The Beatles, And Your Bird Can Sing (Second Version / Take 5)

2. Wilco, Not For The Season (Laminated Cat) (Here Comes Everybody Version)

3. Wilco, I’m The Man Who Loves You (The Unified Theory Of Everything Version)

16. The Smithereens, Out Of This World

26. The Stooges, I Wanna Be Your Dog (Studio Session London)