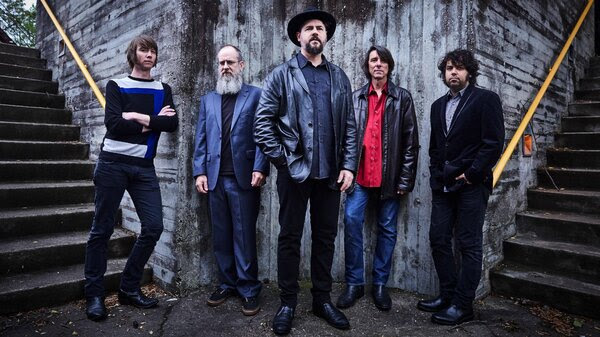 Tonight was quite the nightmare. I was all set to go live on Real Punk Radio. I had the songs put together in the order I wanted them aired, and I had logged on to the broadcast server.

That's when the problems started. My broadcast program decided it didn't like the order I had picked, and decided to just play whatever it wanted. After three unsuccessful attempts to go live, I had to give up. It just wasn't going to work.

Yet I was desperate to somehow put together a show for tonight. I had this fabulous interview with Patterson Hood of the Drive-By Truckers, and I wanted my local pals to hear it before their Sunday Sioux Falls appearance with Lydia Loveless. So I went back to my early days of podcasting and put manually linked all of the tunes and the interview with short little announcing breaks I recorded as needed.

While I forgot what a pain in the ass it was to produce a show this way, I'm pretty proud of the results. Besides the interview and tracks from the DBT's new record, "American Band", I have brand new music by Tim Easton (who will be in Sioux Falls next Friday), Billy Bragg, The Coal Porters and so much more.

Grab this from iTunes, Stitcher, or wherever great podcasts are linked, or...