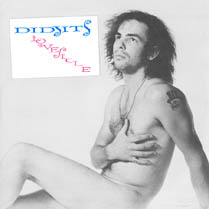 To say 2016 was not a good year is a bit of an understatement. Besides the social and political turmoil our country currently faces, we lost an inordinate amount of actors and musicians in the past twelve months. It seems like every day there's another passing to add to the list. Even today, as this show was being prepared I learned of the death of The Didjits' bassist Doug Evans.

Tonight's show is dedicated to all of the musicians that left us this year, but the focus isn't on the "superstars" that dominated newpapers and websites. Instead, it's primarily the lesser known that are spotlighted here - trucker songsmith Red Simpson, early blues-based rockers Long John Hunter and Lonnie Mack, Elvis sideman Scotty Moore. The list goes on and on. There are also members of bands such as Tuxedomoon, Mott the Hoople, The A-Bones, Jefferson Airplane, and so many more.

We can't completely ignore the more famous, though, which is why there are also tributes to Bowie, Prince, Merle Haggard. Sharon Jones also has a spotlighted segment.

As always, grab this one via Stitcher, iTunes, or...