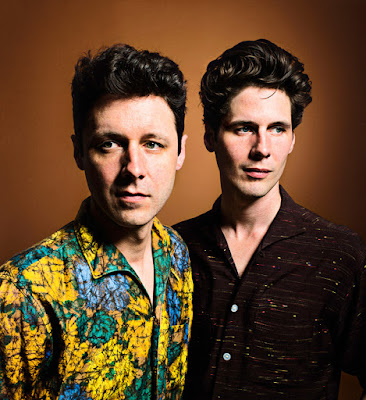 A few days ago, I was alerted to the fact that Minneapolis indie folkstars the Cactus Blossoms made an appearance on Twin Peaks, and with them coming to town next week I felt it was only perfect to chat to them about how this happened. This interview with Jack Torrey is aired in the first half hour of the show, and look for a full-fledged article in the Argus Leader later this week.

I also just finished reading Cyn Collin's great book on the early Minneapolis punk rock scene. Complicated Fun: The Birth of Minneapolis Punk and Indie Rock, 1974 - 1984 is an oral history of the scene, and features fabulous commentary by members of the Suicide Commandos, Suburbs, Hypstrz, and so much more. There are also chapters devoted to the various venues, stores, bars, and labels that made such a great impact during that time frame.

It was only natural, then, that the rest of tonight's show was inspired by the book. Besides the usual suspects, it's been fun to reaquaint myself with acts such as the Jets, Flamin' Oh's, Phones, and so much more. Grab this from the usual sources, including iTunes and Stitcher, or...