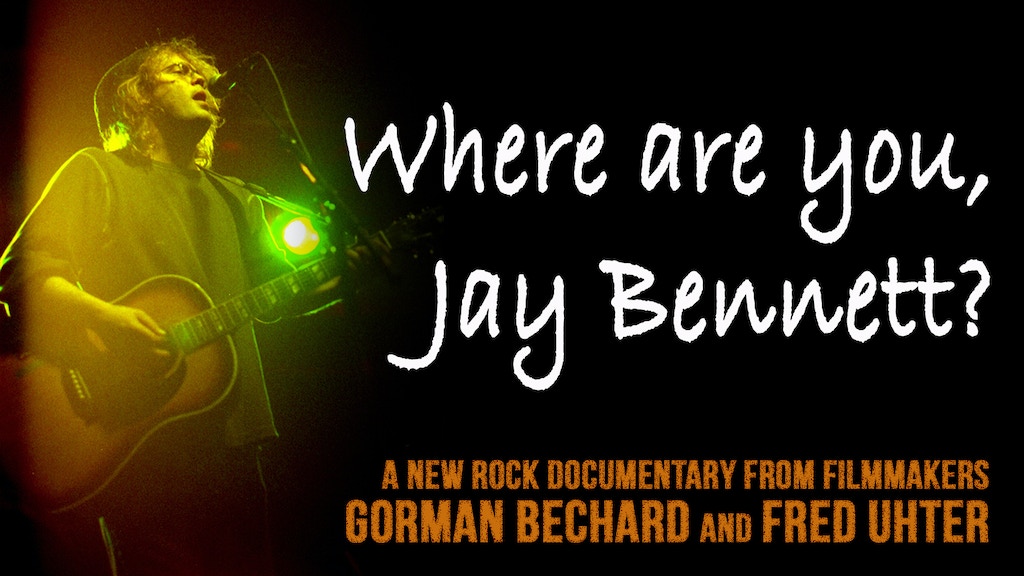 Who says I can't keep a secret? It was awhile back that Gorman Bechard informed me that he had been brought on to help produce "Where Are You, Jay Bennett?", a documentary on former Wilco multi-instrumentalist Jay Bennett.

Over a year later, the news has finally been released, and there's a Kickstarter to help raise the funds to finish this movie. Director Fred Uhter started this project a few years ago, inspired by a bar conversation where a fervent Wilco fan stated they didn't know who Jay Bennett is. How is this possible? Bennett was Wilco leader Jeff Tweedy's main collaborator on the three greatest Wilco records ever released - "Being There", "Summerteeth", and "Yankee Hotel Foxtrot".

Uhter and Bechard are the guests on tonight's Live Ledge, and the two of them talk about their love of both Bennett and the band. Uhter admits that he needed a second pair of eyes because he felt overwhelmed by the wealth of material he had filmed, and how "Color Me Obsessed" was the spark that led to him bringing on Bechard.

Gorman also gives an update on his various other projects, including the upcoming home video release of "Who Is Lydia Loveless". For more information on "Where Are You, Jay Bennett", please head to their Kickstarter page.

A special thanks to both Uhter and Bechard for appearing on this special episode. Grab this via iTunes or Stitcher, or...