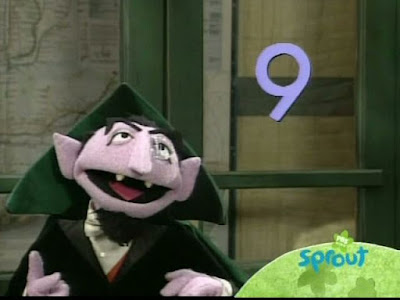 The track number show is a gimmick I've used from time to time over the last couple of years. Generally coinciding with whatever month it's originally broadcast, it's a fun way to investigate why certain songs are in specific spots on my favorite records.

I had already done a "number nine" show last September, but I decided as it's almost the end of the month why not do it again? Now this isn't a "best" track nine show. Certainly there are some of my favorite records of all time here, but I'm focusing on relatively new records by the likes of Bash and Pop, Juliana Hatfield, Ty Segall, and many others.

Yet I couldn't resist with some classics. "9-9" off R.E.M.'s Murmur, "I Hate Music" and "Left of the Dial" from the Replacements' "Sorry Ma" and "Tim". "Everything's Gone" by Lydia Lovelesss. "Dead Flowers" by the Stones. Ok, I'll stop there. You get the picture.

Grab this supersized show from the usual spots, including iTunes and Stitcher, or...