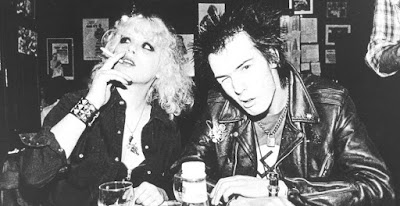 You guys knew this show was coming, right? After a half dozen or so shows devoted to 1978 last year, it was only a matter of time before the Live Ledge series of tributes to the subsequent year would commence in 2019.

This first edition of these shows is devoted to the first few months of British punk (and/or punk-related) singles released between January and May 1979. There's quite a few big names (Members, Generation X, Sex Pistols, Buzzcocks, Clash, etc.) but also a number of bands that wasn't around for very long (Sods, Blank Students, etc.). There are also songs featuring artists later known for other bands, including future members of the Waterboys and Big Country.