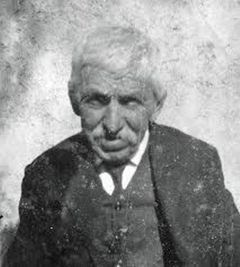 The rumors are true. Later this week, Old Man Hudson is officially old. Like ancient. Older than he ever thought he would be.
Instead of crying about my age (although tears have been shed), I decided to be self-indulgent and turn it into not one but two shows. Tonight's show, along with Sunday's Rural Ledge-ucation, are the story of my life. Starting off with that fatal day where a screaming little brat was born in a Midwest hospital while at the same time four scruffy lads from Liverpool were putting the final touches on their first single, part one of the series concludes as I was close to my mid-30's. There is a song on this show to represent every year up to 1994, and includes glam, punk, power pop, folk-rock, and every other temporary trend that whose bus I leaped onto.
Sunday's show will take off from where I left off, with tracks from 1994 to a song that will be released on my birthday later this week. Combined, there will be almost four hours of songs that I have been obsessed with most of my life. Grab this show from the usual online locations, whether it is iTunes, Stitcher, or...