The Walking Rock Alphabet: B 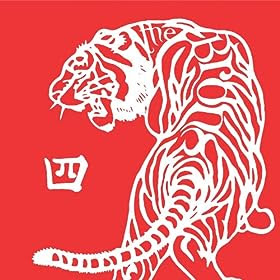 After missing a perfect opportunity for a walk due to a writing deadline, I just had to make it out today. Not only was it a perfect day with temps approaching 80, but the rest of the week looks dismal. Within 48 hours, it’s going to be back in the 30’s, and there’s even talk of a May snow event. I had to get some exercise while I can!
My music choice for the day is a band whose fourth album is one of the highlights of this year...yet an album that I had already pretty much forgotten. Released at the beginning of February, the fourth self-titled album by The Bronx is living proof that raging punk rock is still alive and well. There’s nothing subtle about this L.A. band’s approach - it’s loud, driving, and never lets up.
Actually, though, that last fact is my only issue with the band. Outside of a forgettable power ballad, “Life Less Ordinary’, towards the end of the album, there’s little sonic variety. This is tempered, however, by the simple fact that there are no tracks that I can call “bad”. It’s sort of like the issue I have with Social Distortion. You can enjoy any individual track from any of the 90’s Social D albums, but it gets a bit tedious to sit through an entire album.
Despite my minor criticism, this was a perfect album to push me on a lethargic afternoon. My body was screaming for the couch, but songs like “Ribcage” and “Too Many Devils” kept me at a brisk pace.
Email Post
Labels: scott hudson the bronx walking rock alphabet

grudznick said…
Mr. Hudson, I for one am glad to see you are back to your walking with music. I can enjoy reading about your selections and your walks, even when your music seems a bit odd to some one like me. Keep walking, sir.
6:45 PM