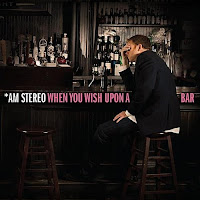 Hi kids, I’m back! After a long, long winter that took out of a good portion of spring, I am finally ready to wander around my neighborhood listening to good old rock ‘n’ roll.
The format will be the same as last fall’s outings. As often as possible, I’ll head out of my house and listen to an entire album. On this round, we’ll again go through the alphabet of band names. I’ll also try as hard as possible to not repeat bands from my earlier run through the alphabet, but some letters (q, x, z) create some problems.
It’s almost a surprise that I even made it out today. Just four days ago, my little city had a bit of a min-blizzard, which culminated a wild three weeks of rain, snow, and collapsing trees. But when yesterday’s temperature hovered around 70, I had no more excuses.
It was even warmer today, and there was no wind. After completing a phone interview for my next newspaper article, I ran through my stretches and headed out the door.
My album for the day was a recent acquisition recommended by my good buddy (and fellow alphabet walker) Jason. Last week’s Live Ledge was devoted to Boston bands, and Jason had sent me a list of recent releases.
One of these new bands was AM Stereo, a group that reportedly consists of “lawyers, architects, administrators, and family men by day”. As I listened to their most recent album, When You Wish Upon a Bar, I would have never guessed these fellows are of the professional nature as the lyrics of their self-proclaimed “disaster rock” consists almost entirely of decadent behavior. Booze, powders, and questionable decisions (but little regrets) are the major point of almost every track.
It’s pretty clear that these folks own not only a few Crazy Horse albums but the entire Twin Tone catalog. Any fans of the Replacements, Magnolias, and Soul Asylum will love this band, especially as they sort of update their sound with a splash of late 90’s Superchunk.
This was the perfect choice for my return to the mean sidewalks of southeast Sioux Falls, as the 37 minutes just flew by. In fact, I was so enthralled I misjudged my distance and ended up having to replay a couple of tracks. Ooops!
It was a sweaty outing, though, as my body is definitely used to 20 degree weather. I think it’s time to just veg out on my deck with some strawberry-flavored water out of my infusion pitcher!
Email Post
Labels: am stereo scott hudson walking rock alphabet