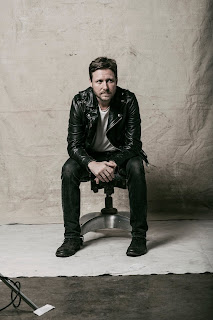 Cory Branan's official bio at Bloodshot Records calls him "too punk for country, too country for punk, too Memphis for Nashville, and probably a little too much Cory Branan for anyone's own damned good". Is this a fair assessment? Take a listen to tonight's show to see if you agree.

Branan chatted with Live Ledge to help promote his March 24 appearance at The Orpheum in Sioux Falls, SD. Two weeks later sees the release of his new album, "Adios", a sprawling record of varying styles of influences.

Tonight's chat is dominated by Branan's story of how the songs on this album were created, with more than a few sidebars of other topics. It's an intriguing chat and is accompanied not only by tracks from the album but new Americana-ish tunes by the likes of Dave Hause, Greg Graffin, Ray Davies, John Wesley Harding, and much more.

Grab this from the usual sources, including iTunes or Stitcher. While you're there, why not leave a little review? We'd love some feedback on what we do. For instant access, you can also...