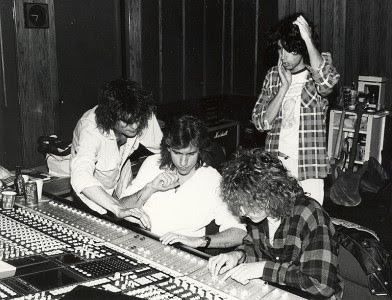 Earlier this week, I had an informal poll on my Facebook. Which momentous year should we celebrate this week? 1972? 1982? 1987? Or any other year? By a landslide, 1987 won! (Don't worry. Future episodes will feature music from those other eras.)

1987 may have been my favorite year ever. I had no worries. I worked in a record store during the day, and DJ'd at a club during the night. Many journeys were made to other cities to see shows, and any free time was spent...well, partying.

So tonight (and a future Live Ledge airing) is the soundtrack of that time. Obviously, I have too much music just for one show, so sometime later this year there will be another celebration to 1987.

There's a wide range of styles on tonight's show, from British pop to garage-rock to punk and beyond. Obviously, there's a section devoted to my favorite records of that year - Pleased to Meet Me by The Replacements and Husker Du's Warehouse.

I hope you enjoy this little celebration. It's been a lot of fun to put together! Grab this via iTunes or Stitcher, or...