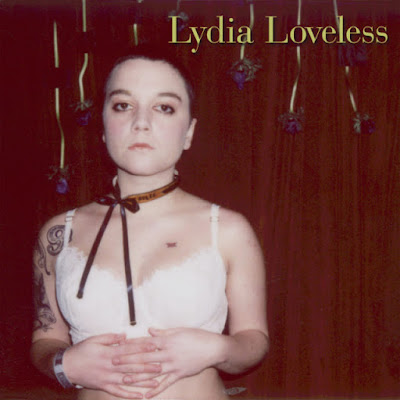 It was two summers ago that I had the opportunity to assist Gorman Bechard in filming "Who Is Lydia Loveless?" It was the best three weeks a music lover could ask for. Besides one-on-one interviews with everybody in her band, we accompanied them as they rehearsed, recorded, and toured.

One of the first nights we were in Columbus, Ohio found us in Lydia's rehearsal space. She was working on a full-band version of a song she had recently wrote. It was fascinating to see the tune take shape. and to see everybody in the band figure out their place in the song. It was pretty much a different song by the end of the night.

A few days later we were also in the studio as they cut this track. By this time it was easily my favorite song of the "Real" sessions, and I had the pleasure of being the only other person in the band room as she cut the vocals for this song. This song clearly meant a lot to her, too, as she sang her ass off on it. I was mesmerized.

You can imagine my surprise a year later when the song in question, "Desire", was not found on the album. When she appeared on Live Ledge to promote the band's Sioux Falls appearance with the Drive-By Truckers, I had to ask why:

Q: What happened with “Desire”? That was my favorite song during the sessions, yet it didn’t make the album.
A: Well, it is six and half minutes long. That was a big problem. Everyone wants vinyl, but you can’t really have long records on vinyl. Apparently. That’s what the record label told me. That one is so emotional and so long and so draining. It just seemed like the obvious choice to me to take off. I had already packed so much emotion into the record, but it will eventually come out in some form in some way.

Imagine my pleasant surprise earlier today when word spread that Bloodshot had finally released "Desire"!!! Imagine my bigger surprise to discover that the b-side was a Justin Bieber cover! Here's what she told NPR about her version of "Sorry":

I was walking through the park in some city on tour a while ago and listening to [Bieber’s song] and thinking about covering it at the show that night. And when I sat down to learn it, I just felt really moved singing it. I went into the studio with [guitarist] Todd [May], and he played this really pretty reverb part over it, and it was just simple and somber to me. People keep asking me what I hear in it. I guess there’s nothing like a breakup to make you lean on a tight pop song.

The release of this single greatly changed tonight's Live Ledge, along with a number of other last-minute discoveries. Who knew that there was a tribute to the worst Clash album of all time, "Cut the Crap"? New records by Weed, Wavves, and Blondie also needed a spot in the playlist.

Not that the original show wasn't destined for greatness. Come on, The Suicide Commandos are back after 39 years!!! And the resulting album, "Time Bomb", is definitely worth the wait! John Moreland, Juliana Hatfield, and Robyn Hitchcock have returned with extremely strong songs, and the final Warm Soda album may be their best yet.

It's a supersized episode that's among the best "new release" episodes of the entire Live Ledge run. I hope you agree with this assessment. Grab this from the usual sources, including Stitcher and iTunes, or...

What do you think about the book "Complicated Fun: The Birth of Minneapolis Punk and Indie Rock, 1974-1984" by Cyn Collins ? A subject for further Live Ledge ?

Scott said…
Thanks so much! Glad you enjoyed it!

Funny you mention Cyn's book. I ordered it the minute I saw it on Amazon in March and it showed up a few days ago. Even before opening it I thought about a future ep dedicated to it, but the intro chapter talks about many of the same shows I saw here in Sioux Falls and Sioux City! I'm looking to reach out to her in the near future to see if she'll do an interview for the show.
3:24 PM

The Alex Chilton tribute shows [08-14] are heartbreaking ! Even EP33 is fun in its own way. But I wonder why so few Jeffrey Lee Pierce & The Gun Club songs during these years on Live Legde ?

...but I'm sure you allready get that Mats aussie tribute since long !

I do need to find room for more Gun Club. I just read there's a new release of the unfinished final album. I'll have to check it out.
9:03 AM