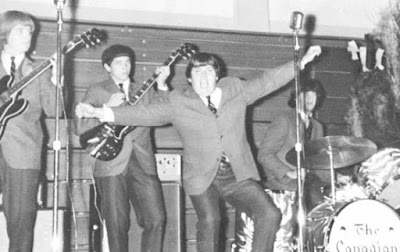 If one is to believe the history books, the rock scene of 1967 can be narrowed down to a few cliches. Psychedelia. Monterey Pop Festival. San Francisco. Swinging London. LSD.

But there is so much more to that wonderful year in rock. Sure, all of the above is true to an extent Yet rarely do we read of the great underground garage rock scene of that year. Originally inspired by the Stones, Animals, Kinks, and the rest of the British Invasion, kids all across the country were picking up instruments and starting bands.

Many of these bands eventually headed into a studio to record a 45 or two, but outside of their hometown fanbase little was heard of them elsewhere. Decades later, these singles are collector's items, and many of them have been compiled on records such as the Back From the Grave and Last of the Garage Punk Unkowns collections.

Tonight's show highlights both these obscure tracks from 1967, along with the household names that put out some of the most memorable records of all time. The Stones, Kinks, Who, Animals, Velvet Underground, and Small Faces are just some of these legends, along with slightly lesser knowns such as the 13th Floor Elevators, Moby Grape, and the Sonics.

This was quite a fun celebration of true "classic rock", and coincidentally concludes after the 50th track. 50 songs from 50 years ago!!!

Grab this from iTunes or Stitcher, or just hit play on the little player under this text. And, if you can, please click HERE to take a short survey on what you like about the show.