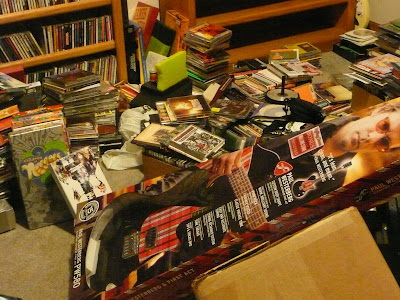 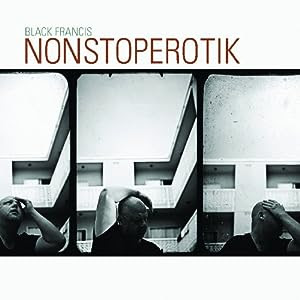 21. Black Francis, Nonstoperotik. What’s the difference between a Black Francis and a Frank Black album? None that I can tell, but when it’s this good who cares? With the basic tracks quickly recorded in Brooklyn, and finishing touches in a British haunted house, this release ranks comfortably next to anything released under either moniker.
22. LCD Soundsystem, This Is Happening. Supposedly, this is James Murphy’s final album under the LCD Soundsystem name, and he’s going out with a bang. With the dance/electro influence still present but a tad understated,  Murphy’s love of the late 70’s collaborations between Brian Eno, David Bowie, and Iggy Pop are front and center. 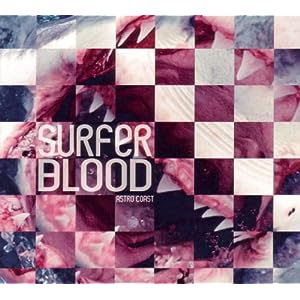 23. Surfer Blood, Astrocoast. Although it has little to do with their music, it’s obvious that the members of Surfer Blood are pro wrestling fans. Their original name was Jabroni Sandwich, and they have songs on this debut titled “Fast Jabroni” and “Slow Jabroni”. This is no joke band, though, as Astrocoast combines surf-rock twang leads, fuzzy power chords, and interesting rhythms into a sound that is everything Vampire Weekend should have been but wasn’t.
24. The Old 97’s, The Grand Theatre Volume 1. After a couple of admittedly disappointing albums, the veteran Texas band took up residency in a Dallas concert hall to work up material in a live-ish setting. They came out of this experience with two albums of material, and the first set is easily their best since 2001’s Satellite Rides. 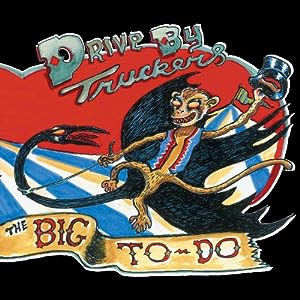 25. Drive-By Truckers, The Big To-Do. Another band that’s easy to take for granted is the Drive-By Truckers. Seemingly every year they release another strong collection of songs about hard-working, heavy-drinking Southern trailer trash. What makes The Big To-Do noteworthy, though, is that it’s the most straightforward, rocking album in years.
26. Ryan Adams & the Cardinals, III/IV. When Ryan Adams entered the studio in 2007 to record Easy Tiger, they ultimately ended up with over 60 songs (which is somewhat typical for Adams). Towards the end of these sessions, the band’s sound evolved away from the country-rock of Easy Tiger to a straightforward rock sound that is reminiscent of his controversial 2003 Rock n Roll album. Adams has finally released two discs of this material, and they are bound to create much of the same online arguments as that album. 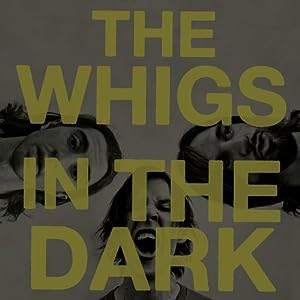 27. The Whigs, In the Dark. On his summer appearance on The Ledge, director Gorman Bechard couldn’t speak enough about his love for this Athen band’s third album. While I don’t agree that they’ve managed to recapture the spirit of The Replacements, I can’t deny that this is a stunning collection of pure guitar rock.
28. Alejandro Escovedo, Street Songs of Love. Lovingly produced by Tony Visconti, Escovedo’s latest is a tour de force that combines every element of his career into one punchy package. There’s a bit of punk, a bit of Texas blues, and lots of good ol’ rock ‘n’ roll. 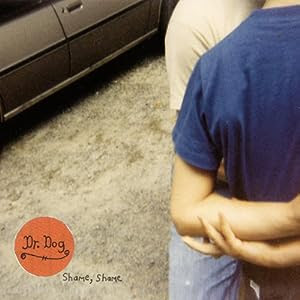 29. Dr. Dog, Shame Shame. If indie rock was to develop its own version of a bar band, it would have to be Dr. Dog. This is especially evident on their latest album, the first for Anti Records, where the primary goal was to recreate their live energy.
30. Against Me, White Crosses. Since I’m late to the Against Me party, I didn’t have any preconceived notions of what their latest album should sound. While many longtime fans disapproved of their tightened, more varied sound, I see nothing wrong with the maturation process that resulted in this powerful release.
31. The Tallest Man On Earth, The Wild Hunt. Yes, Swedish folkie Kristian Matsson, aka The Tallest Man On Earth, sounds EXACTLY like Another Side-era Bob Dylan. Despite the similarity, this is no tribute act, as Matsson’s songwriting transcends the obvious comparisons.
32. Len Price 3, Pictures. Good ol’ pure power pop, reminiscent of the early Who. 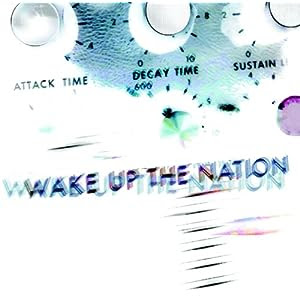 33. Paul Weller, Wake Up the Nation. 2008’s multi-layered, multi-genre 22 Dreams appears to have awakened the former Jam leader’s mojo. While Wake Up the Nations doesn’t jump all over the map as much as its predecessor, it’s full of the same type of experimentation. Plus, it includes a reunion with former Jam bassist Bruce Foxton on two tracks.
34. The Fall, Your Future Our Clutter. Pushing 60 and having recorded at least an album per year for almost 35 years, Mark E. Smith is still full of piss and vinegar…particularly piss. No, it’s not a classic, but name me one other artist with such a resume who is still releasing anything close to this quality.
35. The Scruffs, Conquest. In 1976, Stephen Burns founded The Scruffs in Memphis, and a year later released one of the best, but mostly forgotten, power pop albums ever, Wanna Meet the Scruffs? Almost 35 years later, Burns is back (although he has released a few other albums) with another fabulous collection of Big Star-influenced pop. 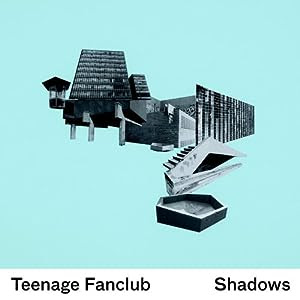 36. Teenage Fanclub, Shadows. Merge Records is clearly the label king of the year. Besides three albums in my top ten (Arcade Fire, Superchunk, Spoon), they are also released the first album in five years of this legendary Scottish fanatics of Big Star. Like most of their previous albums, the songs can sound sort of pedestrian on first listen, but it’s not long before each track becomes your shuffle highlights.
37. Los Campesinos, Romance is Boring. On their third album in less than two years, this eight-piece Welsh band (although none of the members are actually Welsh) has expanded everything about them. The songs jump from frenetic, Pixies-ish bursts of noise to twinkling ambient electronic to squalling dissonance with a nary a drop in quality.
38. The Thermals, Personal Life. For their fifth album, the Portland-based indie rockers re-enlisted the producer of their debut album, Chris Walla, and had him record this album as he had on that album – live to tape. Instead of the ferocious sounds of that album, More Parts Per Million, Personal Life is a bit more restrained, which is fitting for an album that is entirely devoted to the more turbulent aspects of love. 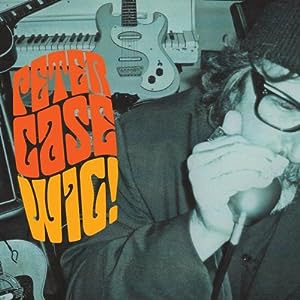 39. Peter Case, Wig. We almost lost the former leader of the Plimsouls last year after an illness that resulted in open-heart surgery. During his down time, Case put together reissues of his career to help ease the additional pain of a six-figure medical bill. Following a benefit put on by a few of his fellow musicians, Case rounded up some of his pals and recorded this blues-y, energetic album in just three days.
40. Starflyer 69, The Changing Of the Guard. Another late addition to this list thanks to lengthy hours with the “2010” iPad playlist, Starflyer 69 is sort of a more laid-back version of Built to Spill. Like that great band, leader Jason Martin layers tons of overdubbed guitars over pure pop melodies. The difference is that while Built to Spill’s sound sometimes overwhelms you, listening to Starflyer 69’s is a much more relaxing experience.
Email Post
Labels: best of 2010