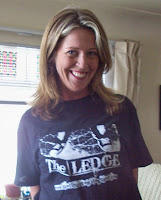 1985 was an important year for his tubby moron, as I graduated from college. It was also an important year in music. No, I'm not talking about the over-produced garbage or hair metal that was all over the airwaves. I'm talking about indie rock, which suddenly started to make inroads into popular culture. Many of the decade's finest bands put out their best and most influential work during that year, and this episode celebrates the 25th anniversary of some great music. So tune into realpunkradio this Friday at 5 pm central, subscribe through iTunes, or directly download it here.

3. The Smiths, The Headmaster Ritual

9. The Lyres, She Pays the Rent

10. Young Fresh Fellows, How Much About Last Night Do You Remember?

16. The Minutemen, Have You Ever Seen the Rain?

23. Mission of Burma, That's When I Reach For My Revolver

26. Dead Kennedys, MTV Get Off the Air

27. The Replacements, Bastards of Young