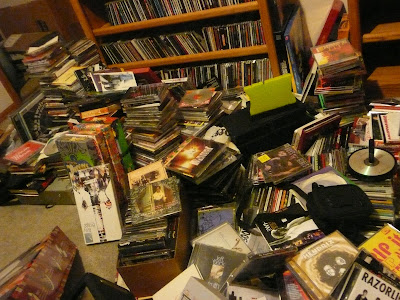 It’s that time of year once again. The stacks of discs are now neatly in order, the playlists are ready to burn, and the artwork is ready to be printed. Yes, it’s time for Hudson’s Best of 2010. Over the next four days, I’ll be posting my lists of the best music released over the last 12 months. Tonight, we commence with the reissues, and the rest of the week I’ll present my Top 60 albums of the year.
I’ve done my part, so it’s now your turn. What are your favorite reissues of the year?
Best Reissues, Box Sets, & Other Lost Recordings. 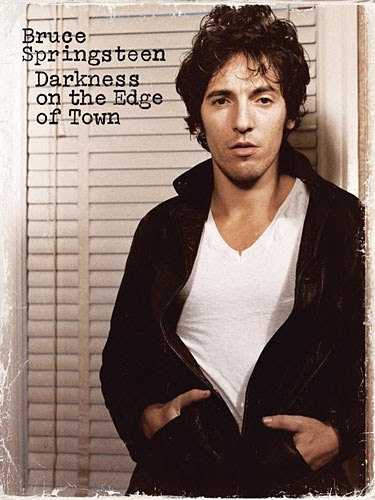 Note: In the past, I’ve had many different categories to handle reissues, box sets, and compilations of previously unreleased music. As more reissues become box sets filled with unreleased music, it’s getting harder and harder to differentiate these types of releases. Instead, I’m lumping them all together in one big category.
1. Bruce Springsteen, Darkness On the Edge of Town. Sorry, Jennifer, but this 3-CD, 3-DVD set is a music fan’s dream. Besides a remastered version of possibly his best album, there are two CD’s of outtakes, a documentary on the album’s recording, a full-length 1978 concert (his greatest tour), and a filmed presentation of a 2010 live performance of the full album.
2. David Bowie, Station to Station. Similar to the Springsteen box, the reissue of Station to Station is full of bells and whistles. Besides a remastered version of the album, you get outtakes, remixes, a concert recording, along with a vinyl version of the album and other odds and ends. 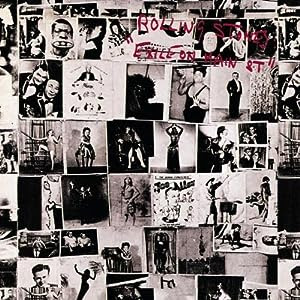 3. The Rolling Stones, Exile on Main Street. The greatest album by the greatest rock ‘n’ roll band gets the deluxe treatment. Sure, one can quibble about the recent vocal and musical parts added to the disc of outtakes, but it’s about time that Mick and Keith understand that the fans are eager to hear at least some of the unreleased treasures that are hiding in some big vault.
4. The Cure, Disintegration. Cure leader Robert Smith has done a fantastic job with the expanded versions of the Cure catalog, and the extra demos, outtakes, and alternate versions found on Disintegration may be the best of the bunch.
5. The Jon Spencer Blues Explosion catalog. Seemingly every piece of recording tape used during the history of The Jon Spencer Blues Explosion has been added to the band’s catalog. Albums that were relatively short when initially released are suddenly double full-length CD’s. If you’re a fan, you’re going to love every second. 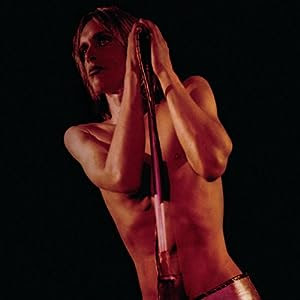 6. Iggy & The Stooges, Raw Power. Iggy ruined the first remaster a decade ago when he pushed the faders completely in the red. This remaster primarily reverts to David Bowie’s initial mix, but it has never sounded better. Add to that some outtakes, and a surprisingly high-quality audience recording of a raucous concert, and you finally have the definitive version of the album.
7. R.E.M., Fables of the Reconstruction. The third album by R.E.M. may have suffered from a bit of a drop of quality, but the extras on this reissue greatly exceed the first two. Instead of a live recording of a show already owned by most collectors, Fables features an extra disc of one-take demos of the entire album. 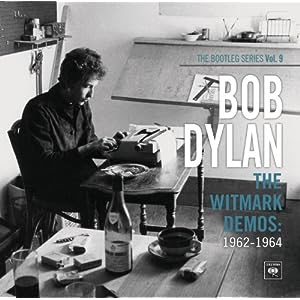 8. Bob Dylan, The Witmark Demos 1962-1964. During his early years, Dylan’s music was more likely to be heard by recordings of other artists. Dylan assisted by showing up at his publisher’s office to record demos of his newest creations whenever he had a few ready. Besides early versions of songs that he would eventually include on Freewheeling and The Times They Are A-Changing, this collection includes a number of songs that he would never touch again.
9. Nick Cave & The Bad Seeds catalog. Although a bit short on extras (just a couple of bonus tracks per release), Cave’s old 80’s material was in dire need of a sonic boost. 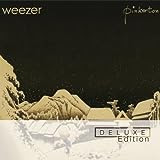 10. Weezer, Pinkerton. The greatest album of Weezer’s career got the deluxe treatment this year, and like all albums of this type saw the typical outtakes, alternate versions, live cuts, and radio appearances added.
11. Iggy Pop & James Williamson, Kill City. While these tracks have been available in a number of different releases over the years, the quality of the mix and mastering has always been just slightly above bootleg quality. Before hitting the road with the latest version of The Stooges, former guitarist James Williamson took the tapes into the studio to create the definitive version of the album. It’s still a hit-or-miss collection, but the highs of songs like the title track make the lows much easier to endure. 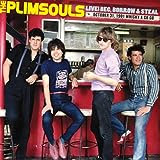 12. The Plimsouls, Live! Beg, Borrow & Steal. As noted earlier, former Plimsouls leader Peter Case used his down time while recovering from open heart surgery to put together some reissues of his former bands. The highlight of this campaign is definitely this previously-unreleased live album of the band at the height of their power pop reign.
13. The Fall, The Wonderful and Frightening World Of the Fall. While almost all of The Fall’s albums have been reissued over and over, this “Omnibus” set is noteworthy not just for the three extra discs of material but for the included paperback book detailing the story of the project.
14. Bob Dylan, The Mono Box. While this set is not as groundbreaking as The Beatles collection of mono recordings, it is the proper way to hear Dylan’s early material. It’s always been a bit disconcerting to listen to the stereo versions of the first four albums and hear Bob’s voice in the middle, with guitar and harmonica spread out to the two speakers. As for the electric albums, while the differences aren’t as significant, they are definitely punchier and may or may not have some minute instrumental differences.
15. Orange Juice, Coals to Newcastle. Similar to Gang of Four, this legendary post-punk group merged punkish guitars to funk/disco rhythms. Unlike Gang of Four, however, leader Edwyn Collins Coals to Newcastle collects every note the band recorded, along with some Peel Sessions and an extra DVD of live material.
Best Covers Albums 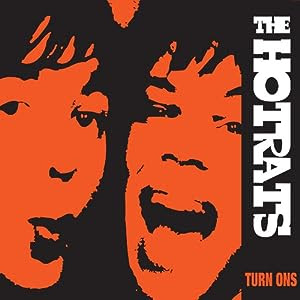 1. The Hot Rats, Turn Ons. During a downtime for their main band, Supergrass, Gaz Coombes and Danny Goffey went into the studio with acclaimed producer Nigel Goodrich (Radiohead, Paul McCartney) to quickly record a bunch of covers. The result of this lark is one of the most fun releases of the year. Besides the obligatory Kinks and Velvets covers, they even transform the Beastie Boys’ “(You Gotta) Fight For Your Right (to Party)” into a long-lost Who tune.
2. Nada Surf, If I Had a Hi-Fi. In some respects, Nada Surf’s covers album is similar to The Hot Rats. They had some spare time, so why not record a few covers for a special Record Store Day release? The difference is that while The Hot Rats primarily tackled songs that everybody knows, Nada Surf covered tunes by Kate Bush, the Go-Betweens, Arthur Russell, and Spoon. 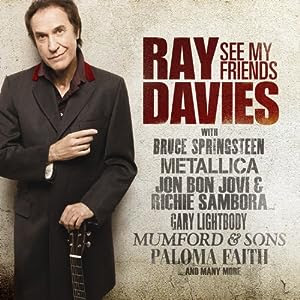 3. Squeeze, Spot the Difference. Squeeze found themselves in an interesting bind this year – they finally reunited for a full-fledged tour but they don’t own the rights to their own material. So they headed into the studio to quickly create note-for-note recreations of their classic songs. For the most part they succeed, as Glen Tilbrook has maintained his boyish voice, but Chris Difford’s a bit gruffier these days.
4. Ray Davies, See My Friends. A few months before his tragic death earlier this year, Alex Chilton reportedly told the former Kinks leader that he’d love to record a song with him. Davies took him up on this offer, and it led to this collection of collaborations with other artists. Like most albums of this sort, a good half of it is unlistenable (Bon Jovi? Metallica?), but the fact that a chance encounter led to Chilton’s final recording makes it worth sitting through the dross.
Email Post
Labels: best of 2010