Before I talk about my walk and the accompanying soundtrack, I need to vent. Hey Spotify, why did you fuck up your app???
The music streaming service has been a godsend when it comes to certain letters of the alphabet where I had NOTHING on my device worth listening to while I walked. Although their search services are terrible, a bit of advance planning allowed me to find something for letters such as “V” and “X”.
Today, I got ready to do my walk as normal. Knowing that my choices were again limited, I had already decided to utilize the latest Yo La Tengo album, Fade. While the record got a few spins when it was released at the beginning of the year, I buy so much music that I had actually forgotten that it existed. 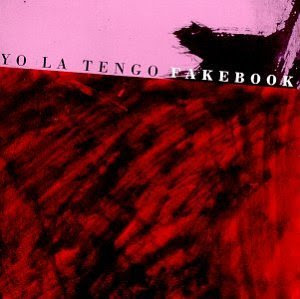 I turned on Spotify after doing my stretches, and made my way out the door. When I turned on my RunApp, the sound died. After restarting, it again died after a couple of minutes. They had taken away the background features of the app!! What good is this? Unless I want to turn off the Auto-Lock and completely drain my battery, Spotify is now completely useless on a portable device.
Luckily, I had another Yo La Tengo album on my iPhone, so my walk today is to 1990’s Fakebook. Even more lucky is the fact that it’s one of my favorite albums by the Hoboken indie rock veterans. A bit of a departure from their more garage-oriented previous albums, Fakebook is primarily a folk-ish set of covers by the likes of Daniel Johnston, The Kinks, and the Flamin’ Groovies.
Fakebook turned out to be a great soundtrack for a surprisingly warm October day. Keep in mind that just three days ago half of my state was covered by snow, and Saturday’s temps didn’t even hit 50. Today was a perfect 75 or so, and I must admit that I could even feel the strengthening effects of that other workout routine I’m doing these days.
I’m now one letter away from finishing the alphabet, though, so I need some help as to what to do next. Seriously, any recomendations for a walking series? A discography of a band, maybe? If so, who? Or something completely different? Send me an email at paulisded@gmail.com if you have any ideas!
Email Post
Labels: scott hudson spotify walking alphabet yo la tengo