The voice of my RunApp, Beverly, was extremely pleased with me today. I set new records for distance, speed, calories, and a bunch of other statistics that mean nothing to me. She was so pleased that she even cut into my music to inform me of my stats at a couple of spots in addition to the usual five minute marks. 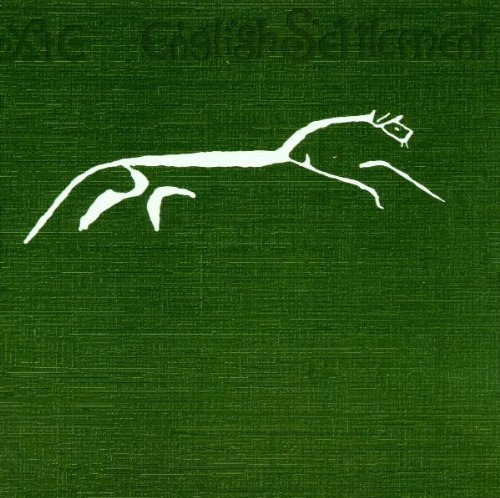 Yes, I’m jumping the gun here, but you can’t help but be happy for this chubby boy. Between my walks and my Diamond Dallas Page yoga workouts, I’m actually feeling a bit more upbeat these days. I’m still your favorite curmudgeon, but I’m no longer spending my entire evenings curled up in a ball watching bad reality shows. The laziness is now reserved for only part of the night.
The point of this series, though, is the music, right? Once again, I found myself at one of those letters that doesn’t give me too much flexibility. Since my last run-through saw me listen to an X album, my only other real choice was XTC.
Although their wikipedia page calls them a “new wave” band, they are in no way to be confused with the likes of The Fixx or Haircut 100. I’d say a more accurate description would be to consider them the poppier side of the post-punk movement. They’re quirky, to be sure, but the lyrics of Andy Partridge and Colin Moulding were much more interesting and inventive than most of the bands of that era.
To be honest, though, I’m not the biggest fan of the band. I liked them enough to purchase most of their catalog, including a ten-disc set of Andy Partridge demos, but outside of Skylarking I never found their albums to be consistent enough to give much airtime. Their singles, however, are fantastic, making this one of those few bands in my library where the hits collections are my favorites.
For today’s walk, though, I went with 1982’s English Settlement, mainly because of the singles, “Senses Working Overtime”, “Ball and Chain”, and “No Thugs In Our House”. Being as it’s a double album, I have to be honest and admit I never made it through the full seventy-two minutes. Hey, I made it halfway through side three!
As expected, I loved the singles, but I also felt a new appreciation for much of the rest of the album. Unfortunately, the decision to make this a double probably wasn’t the band’s smartest move, as a number of songs were just okay. Musically interesting, to be sure, but also a bit too produced for my tastes.
Still, it was a pleasant selection for a perfect afternoon of mild temps and lots of sun. Now what am I going to do for the letter “Y”?
Email Post
Labels: scott hudson walking alphabet XTC

grudznick said…
I always envisioned you walking briskly with earphones and a snazzy hat of some sort, but didn't know you had a "runapp" and measured all your speed and things. Do you run or walk briskly, Mr. Hudson?

And I enjoy hearing about your music choices too and have even tried some of them. Not this one though.
7:10 PM

I just use the app to measure how far I'm going. It's a kind of new addition.

Cool to hear that I'm making at least one person try out some new music. Thanks Grud!
9:33 PM