Another beautiful days means another day where pudgy Hudson moves his little legs around the neighborhood. We’re now at the end of the alphabet once again, so that means my choices are pretty limited. Although a kind commenter suggested I go with a Zappa record, I ultimately went with the classic Odessey and Oracle by The Zombies. 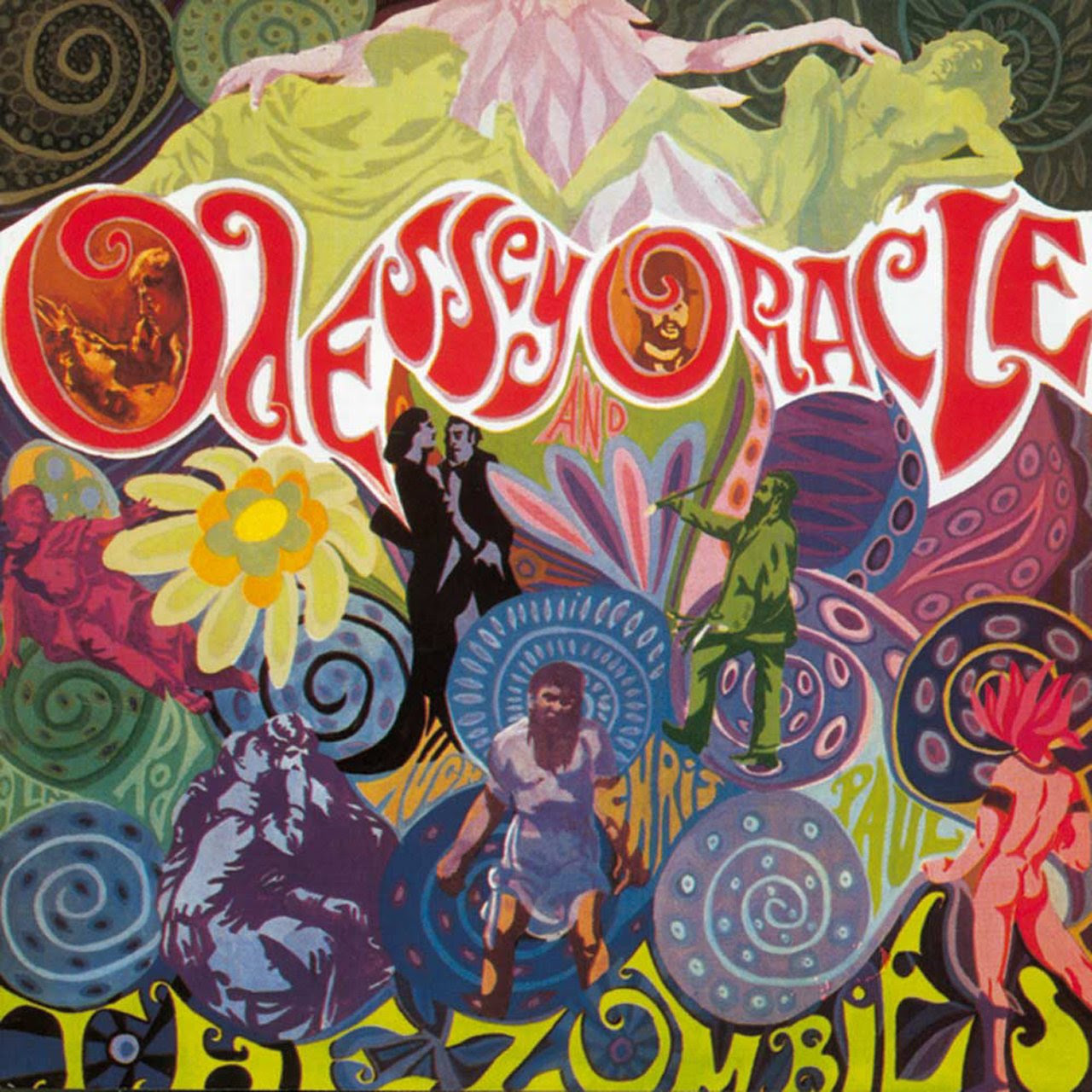 The story of this album, not to mention the band, is extremely interesting. While the 60’s are renowned for melodic pop geniuses, few writers were as talented as Chris White and Rod Argent. They formed in 1962, and had a gigantic U.S. hit in 1964 with “She’s Not There”, but by mid-1967 were struggling. They let Decca Records and signed with Columbia, but entered the studio in June, 1967 with an extremely limited budget. The budget was so limited, in fact, that Blunstone and Argent were forced to self-finance the stereo mix that the label suddenly demanded.
After the album was finished, it sat in the vaults for a few months. Then something weird happened. Musician/songwriter/producer Al Kooper, famous for the keyboards on Dylan’s “Like a Rolling Stone”, had taken a liking to the record. It was his pleas to label head Clive Davis that led to the album’s release in April, 1968. The third single from the record, “Time of the Season”, became a huge hit in early 1969.
Unfortunately, the band had broke up shortly after the album’s release. Although Argent and White reportedly attempted to record more tracks to capitalize on the song’s success, they ultimately went ahead with their new band, Argent.
Despite the hit single, the album didn’t sell at the time. Like a few other pop masterpieces of the era, including the Beach Boys’ Pet Sounds and The Kinks’ Village Green Preservation Society, the record continued to gain momentum over the years, and is now considered a melancholy, psych-rock classic. Former Jam leader Paul Weller lists it as his favorite record of all time, and it regularly places on “Greatest Album” lists in magazines such as Rolling Stone, Mojo, and many others.
It truly deserves all the accolades. Besides the great songwriting, Colin Blunstone’s plaintive vocals are the perfect voice to their words and melodies. Unlike most of the ear’s “psychedelic” releases, the production isn’t overbearing. Having a limited budget was actually a positive influence on the record, as it retains a live feel with only the basic instrumentation (and some innovative uses of the mellotron).
The sunny sounds may have been more apt for a May or June walk, but it turned out to be perfect on an afternoon that was close to 80 degrees. But I still have the issue with what to do next. I’m at the end of the alphabet. How do I carry on with this series. Please send me an email at paulisded@gmail.com with your recommendations!
Email Post
Labels: odessey and oracle scott hudson walking alphabet zombies

grudznick said…
Counting Rock Alphabet, where you go from (pick some number like maybe 42. Or 10 if your walking season is about to end.) and then count backwards finding some album or group with a unique tie to the number or the digits comprising the number. So when you got to 4 the thicker headed followers might think you'd pick Foreigner, or the Fab Four, but then you'd pull out this neato story about how the number 4 transformed some famous hippy into a punker.

Or Walking Rock Country Alphabet. A = Argentina. B = Bolivia. C = China. Country of your choosing. Then pick an artist. Pull out neato stories about them.
9:13 PM