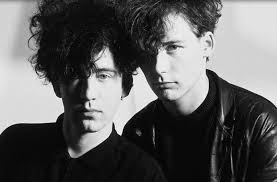 Last month, I published an article for the Argus Leader regarding the strength of new music released in the first two months of 2017. It had to be a fluke, right? There’s no way that this run of great tunes could carry on into March?


Well, it has. Every week there has been at least one worthwhile album. It’s quite remarkable after the malaise of the last couple of years that so many artists are releasing such inspired music. There’s brand new bands coming from nowhere. There’s unexpected comebacks from artists who have not recorded for years. There’s even a couple of “out of left field” records that just have to be surprises to even their biggest fans.


Here’s a little rundown of some of the highlights of March:


Grandaddy, Last Place. Burnt out by the pressures of the normal record release schedule, leader Jason Lytle put Grandaddy to bed in 2006. There really was no reason to expect any sort of return, as the band was pretty much a solo project anyway. Yet they reunited for shows in 2012, and here we are with a brand new record. Truthfully, Last Place is not that much different from earlier Grandaddy albums, but that’s not a complaint. Lytle’s abilities as an arranger and producer are as strong as his penchant for singable melodies.


Bonny Doon, Bonny Doon. Sometimes you learn about a band in the strangest places. Well, twitter is not a strange place to discover a band, but a simple tweet that the debut record by this Detroit quartet was like a whole album of the Replacements “If Only You Were Lonely” was enough to make me check them out. There’s more to Bonny Doon’s sound, of course, but it’s one of the great debut records of the year so far.


Greg Graffin, Millport. There has always been something great about old punk rockers discovering country music. I’m talking real country music, of course, not that silliness popularized by the likes of Luke Bryan and Florida Georgia Line. The Bad Religion singer is the latest to fall in love with the beautiful honesty of old school country, and he recently told Rolling Stone that he was led in this direction by “coming to terms with my own mortality and humanity”. The record’s rustic sounds was created by three members of Social Distortion (no strangers to country music) as his backing band, along with his Bad Religion partner Brett Gurewitz producing.


Conor Oberst, Salutations. Last fall, the Bright Eyes leader released Ruminations, an acoustic-based collection of dark, personal revelations. Salutations consists of full-band re-recordings of the Ruminations material, along with 7 additional songs. The result has a sort of modern day Blonde on Blonde feel to them. Could this be my favorite Oberst album of all time? Ask me in December.


The Jesus and Mary Chain, Damage and Joy. God bless the Jesus and Mary Chain. This is another band that seemed unlikely to reunite give the well-known hatred between brothers Jim and William Reid. Not only have they reunited, but this album sits proudly next to their entire discography. It’s loud, poppy, and chock full of great lines.


Hurray For the Riff Raff, The Navigator. It’s easy to be scared off by the album’s song cycle regarding leader Alynda Lee Seggara’s life as a Nuyorican runaway obsessed by both Bikini Kill and West Side Story. Truthfully, you don’t even have to be aware of the story, as Seggara’s songs stand on their own without that baggage.


Craig Finn, We All Want the Same Things. Most of the Hold Steady leader’s solo albums have been pretty patchy. There’s always a few good songs, but they’re quite often surrounded by material that seemingly tries too hard to separate himself from the Hold Steady sound. This record showcases Finn’s storytelling skills, especially on the stark piano ballad “God In Chicago”. Other tracks utilize elements of krautrock and synth-pop, but always in the context of what was needed to further the song.


Brad Pot, Brad Pot. Purchased on a whim, this Australian band specializes in the sort of hard-edged garage-punk that has been a mainstay of bands “down under” since the days of Radio Birdman.


Coco Hames, Coco Hames. I must admit that there’s two reasons I initially wanted to hear the first solo album by The Ettes’ lead singer. First off, she’s married to Bob Mehr, who published that fabulous Replacements biography, Trouble Boys, last year. The second reason is the inclusion of a cover of Tommy Stinson’s great Bash and Pop song, “Tiny Pieces”. I’m oh so glad that I was enticed to check this album out. It’s a tour de force of multiple genres held together - everything from Dusty Springfield soul to Ronnie Spector teen-pop to a little bit of the blues, punk, and Americana.

Bob Dylan, Triplicate. In 1970, Greil Marcus famously wrote “what is this shit?” as the opening line to his review of the much-reviled Self Portrait album by Bob Dylan. Wouldn’t it be fun to go back in time to see Marcus’ reaction to the news that in 47 years Dylan would not only release three sets of Frank Sinatra covers but the third one would be a triple album? I’m sure it would be an almost unprintable collection of epithets. Yet while the idea is almost ludicrous, I’m quite enjoyed each and every one of these albums. It may be easy to mock Dylan’s vocals, but I’ll take the character and emotion he conveys on almost every one of these tracks over the technical yet sterile sounds that has become the standard for any performance or recording of...well, standards.

This week's New Release edition of Live Ledge will include tracks from some of these albums, along with lots of tunes that will be placed in the racks later this month. Check it out this Friday night at 7 pm ET on RealPunkRadio.
Email Post
Labels: new releases scott hudson