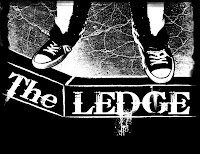 I had nothing going on late this afternoon, so I was sitting around listening to Drazzles' excellent Music From the Farside show on Realpunkradio. Around the time that he normally would be concluding his show, he announced that the following show, Happy Hour With Heather Hellkitten, would not be airing that night and he had enough material to run another half hour or so. Since I had some free time, I agreed to take over for him.
The majority of the show are leftover tracks from previous Live Ledge's, along with a handful of tracks that I loaded up in the few minutes I had to prepare. There's also plenty of "Blog Finds" and other fine rarities. Download the show via The Ledge app, subscribe in iTunes, or download it here.
1. Mission of Burma, That's When I Reach For My Revolver
2. Pixies, Bone Machine
3. Frank Black, I Want to Live On an Abstract Plain
4. Violet, Loaded Gun
5. Wire Train, She Comes On
6. Moondogs, Who's Gonna Tell Mary?
7. Lurkers, Whatever Happened to Mary?
8. The Meteors, Chainsaw Boogie
9. The Condors, Spare Time
10. Newtron Neutronics, Get Up and Fight
11. Paul Westerberg, Between Love and Like
12. The Replacements, Bastards of Young (Live)
13. Alex Chilton, Take It Off
14. Big Star, Thank You Friends (Live)
15. The Prisoner, I Am the Fisherman
16. Agent Orange, Secret Agent Man
17. Husker Du, Ice Cold Ice
18. X, Johny Hit and Run Pauline
19. Jason & the Scorchers, Broken Whiskey Bottle
20. The Kinks, Sunny Afternoon
21. Face to Face, Disconnected
22. Wire, 1 2 X U
23. The Clash, Guns of Briston
24. The Hussy, Pavement
25. Swingin' Utters, (You've Got To) Give It All To The Man
26. Black Lips, Bicentennial Man
27. The White Wires, Your Mother Says  Your Ugly
28. Ron Frannklin, You Talk I Listen (Goin' to Get High)
29. The Strange Boys, The Girls Taught Me a Dance
30. Nuisance, Brown Eyed Girl
31. New York Dolls, Give Her a Great Big Kiss
Email Post
Labels: The Ledge

Anonymous said…
At the risk of not knowing whether you'll read this message Sunday June 19th, you might want to be aware that Augie is throwing out a lot of CD's and LP's from the KAUR basement (former studio). Do you want any of this music? If so, please reply.

Anonymous said…
It could happen today if you're interested. My cell number is
712-461-1859. I got permission to get rid of this music, or Augie is threatening to throw it in the dump. Lots of CD's and LP's

Anonymous said…
Brian didn't say they were going to throw away the CD's and LP's anytime soon, so I'll meet up with him this afternoon and ask him to hold on to all the stuff at the studio for another week. I work security on the weekend shifts and will fill in for someone June 23 from 4pm to midnight. If June 23rd, June 25th or 26th are better days to look over music, let me know. Brian is doing an analysis for the Augie administration to determine what they space in the East Hall basement could be used for.