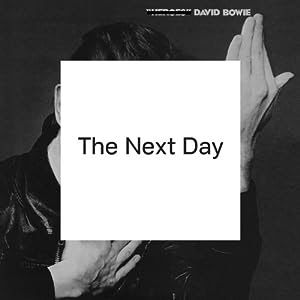 It's become a monthly tradition to share some of the new releases and blog finds, and with it being the first day of March it was a perfect time to do just that. My excitement over this format is simple - there is some great material coming out in the next couple of weeks, and I wanted to jump on the stream early to share it.
One of these new releases is the brand new album by David Bowie, The Next Day, which comes out on March 12. His first album in a decade, and also marking his 30th studio recording, this release is easily the biggest news of the year so far.
Close behind in the publicity department is the March 5 release of a reunion EP by The Replacements. Well, sort of The Replacements, as four of the record's tracks are by Paul Westerberg and Tommy Stinson, with a fifth one a solo recording by former drummer Chris Mars. This album is the inaugural release of the Songs For Slim campaign, with the money raised going to help pay Slim Dunlap's extremely large medical bills. Pitchfork made one of these songs available, a cover of Gordon Lightfoot's "I'm Not Saying", earlier this week, so that track is the centerpiece of a couple of sets devoted to the 'mats.
Other artists in tonight's show include The Men, Chelsea Light Moving (featuring Sonic Youth's Thurston Moore), The Night Marchers, The Strypes, and rare live recordings from the Pretenders and The Undertones.

Nab this keeper of a show from the usual online spots, or...