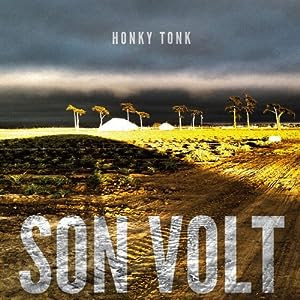 If Friday's Live Ledge is a new finds show, then  you can pretty much predict the next Rural Ledge-ucation will be of the same sort. This week is no exception, as there's nothing but brand new tracks (outside of the opening Johnny Marr/Ron Wood collaboration on "How Soon Is Now").
The highlight of this week's show is the debut of two tracks from the new Son Volt album, Honky Tonk. Their seventh, and first since 2009, is a return of sorts to the more country-ish elements of their debut album, Trace. If you've ever been a fan of Jay Farrar, you should head to the record store this Tuesday to buy this.
Besides the Son Volt tracks, today's broadcast also included a cut from the new Emmylou Harris/Rodney Crowell album, Old Yellow Moon, along with new tunes by Eels, Roger Knox, New Amsterdams, and a trio of tracks from the Sons of Rogue's Gallery compilation.
You can find this show in iTunes, Stitcher, or The Ledge android/iPhone app. Or...