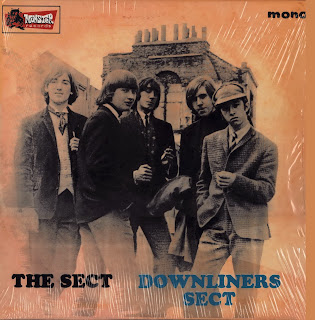 After another weather delay (enough with the rain!), I’m back out on the mean side streets of southeast Sioux Falls! The temp is in the 60’s, there’s no wind, and I just spent four hours transcribing an interview for this week’s Link. I need to get out of the house!
I had a little bit of trouble selecting an album for the day, but not the type you usually hear me whine about. The problem is the “D” section is pretty strong, so I had a ton of choices to wade through.
Yet I spent almost as much time deciding on today’s soundtrack as I did walking. Nothing sounded perfect for the day. Too many full albums I just wasn’t in the mood to hear, and for some strange reason bands in this section released too many EP’s. An EP would be cheating!
I almost selected the new David Bowie album, as I really haven’t given it enough time after that initial rush the week it was released. Then I looked at the running time - 61 minutes! No no no no! I’m not ready for that yet!
It was back to the drawing board, and then suddenly it hit me. A band that should have been huge, but I had never heard until constant airings on realpunkradio’s Mojo Workout, which used to air right after Live Ledge on Friday.
I’m talking about Downliners Sect, a band who released almost nothing but POUNDERS! This English band evolved out of an earlier lineup just called Downliners, and they were contemporaries of the Pretty Things, Yardbirds and Rolling Stones. We’re talking Brian Jones-era Stones, mind you. In fact, their adherence to the frantic R&B of that era is probably the exact reason we don’t hear about them as much as those bands already listed.
But they were every bit as authentic and frantic as those bands, and my album for the day, 1964’s The Sect, is proof. In fact, I’d put this album up against those first three Stones albums with full belief that nine out of every ten Stones fans would choose The Sect over England’s Newest Hitmakers, 12x5, or The Rolling Stones Now (or their UK equivalents). Like those albums, this album is chock full of covers of Bo Diddley, Jimmy Reed, and Chuck Berry, revved up to levels that only the best amphetamine junkies can muster.
Still need proof of the awesomeness of this band? When punk rock hit ten years later, most of the band went into the studio to record under the name F.U.2. The resulting album, Punk Rock, is as blistering as any of the “real” punk bands of the time.

grudznick said…
Good story about picking "D" and the band you chose.
8:01 PM